You are at:Home»Crypto Channel»Choppy Bitcoin Prices Open Up Opportunities for Short-Term Buyers 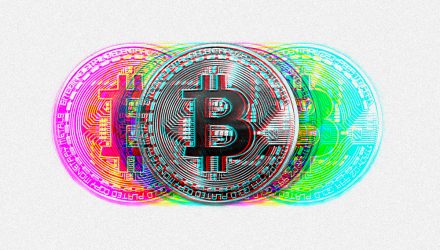 After stumbling out of the gate in 2022, it appeared that bitcoin could work up a rally heading out of the first quarter, but downward pressure struck again, pushing the cryptocurrency back down in the early second quarter. All the choppiness, however, makes for an ideal trading environment.

Bitcoin is trying to keep from heading past its January 23 price, when it hit as low as $35,180. This could probably serve as its critical support level for the year, as the overall cryptocurrency has been mirroring stocks as well as bonds.

Given that, it seems that bitcoin is getting away from its status as an uncorrelated asset with respect to the traditional financial markets. Rising inflation and U.S. Federal Reserve rate hikes have been impacting the cryptocurrency markets just the same as the major stock market indexes and bonds.

There could also be other underlying factors that are isolated to the cryptocurrency markets. Bitcoin, in particular, could be seeing downward price pressure from short-term traders exiting their positions.

“According to CryptoQuant data, the decline in the past two days may be dominated by short-term holders. On the 5th and 6th, a total of 11.76k “young” BTC held for less than 3 months flowed into the exchange,” journalist Colin Wu commented.

Of course, if the sell-off pressure eventually subsides and bullishness re-enters the market, traders can also look at playing the ProShares Bitcoin ETF (BITO). Rather than getting exposure to bitcoin itself, the fund invests in bitcoin futures. 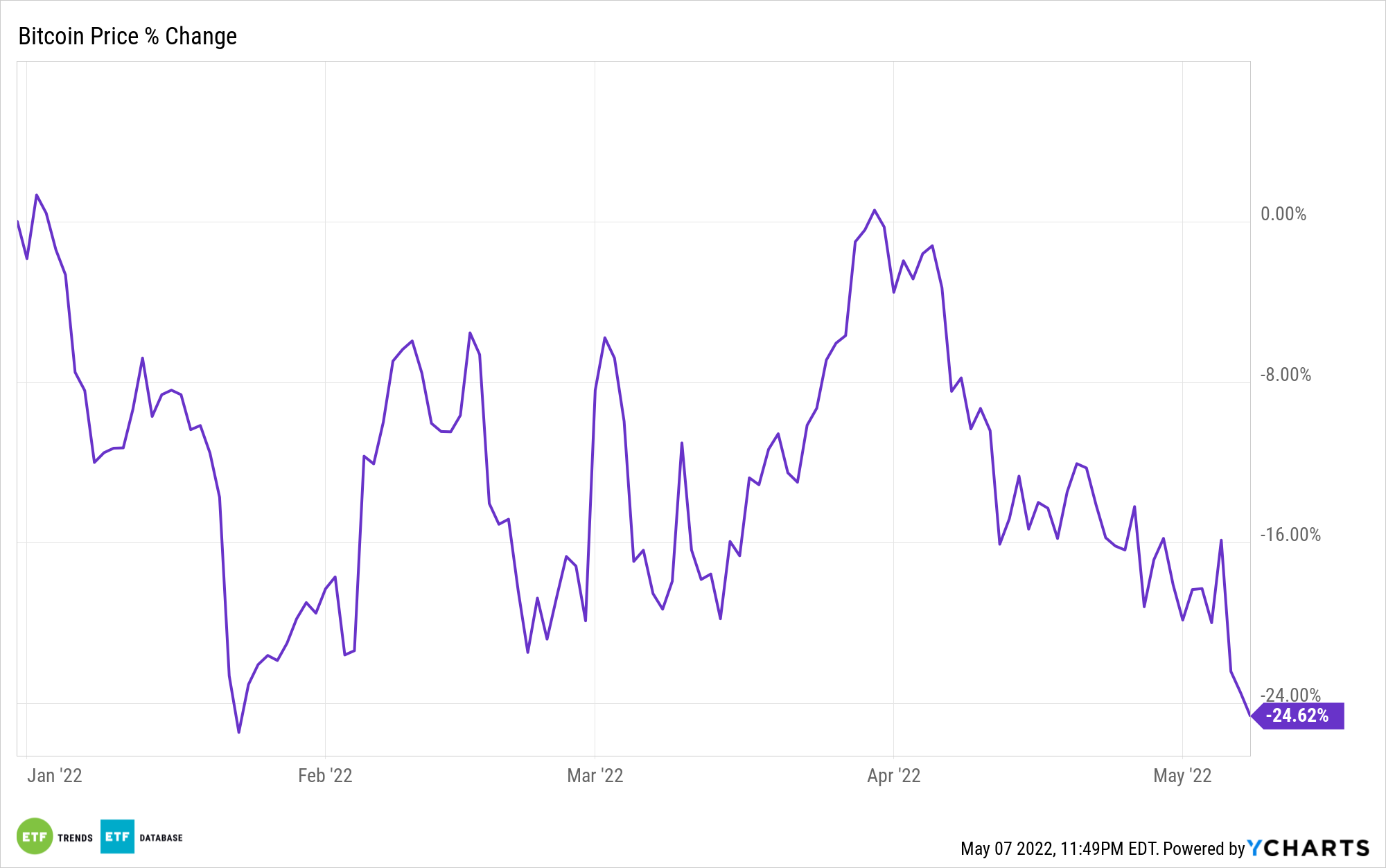 As inflation continues to remain the headline story of the capital markets, so does talk of a potential recession hitting the economy. Inverting yield curves, a recession sign in the bond markets, have been re-occurring as the U.S. Federal Reserve continues to hike rates to temper inflation.

All the market uncertainty is causing investors to unwind risky assets. Of course, that includes cryptocurrencies, which can expose investors to heavy volatility.

“The widespread unwinding of risk assets has hit the cryptocurrency market particularly hard, driving down everything from bitcoin to NFTs,” a Wall Street Journal article says. “It has also started to have an effect on companies in the industry. Crypto companies were surging early in the year, capped when several paid millions of dollars to run ads during the Super Bowl. But the momentum has faded sharply since then.”