You are at:Home»Crypto Channel»China’s Ban on Bitcoin Mining Isn’t Completely Stopping Its Practice 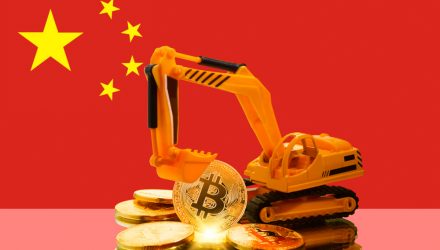 China may have installed regulatory measures to stop cryptocurrency mining, but it hasn’t completely eliminated its practice. Thanks to underground operations, China is actually the second-largest cryptocurrency miner.

The data to support this status comes from a report by the Cambridge Centre for Alternative Finance (CCAF). China was the largest crypto miner before it banned the practice last year.

The report specifically looked at hash rate activity, which represents the processing power needed for the blockchain network to complete transactions. That crypto mining capacity or hash rate went to practically zero after China banned mining activity in June 2021.

“This strongly suggests that significant underground mining activity has formed in the country, which empirically confirms what industry insiders have long been assuming,” the report said. “Access to off-grid electricity and geographically scattered, small-scale operations are among the major means used by underground miners to hide their operations from authorities and circumvent the ban.”

Now, the U.S. leads the way in terms of hash rate (37.84% of global activity) with China coming in at second with a hash rate of 21.1%. Kazakhstan, Canada, and Russia round out the top five.

“In China, following a sudden uptick in covert mining operations after the June 2021 government-mandated ban on Bitcoin mining, the country has re-emerged as a major mining hub,” the CCAF said.

Despite the ban, Bitcoin mining operations showed their wherewithal by moving to other parts of the globe to restart operations. Bitcoin and Ethereum both reached all-time highs near the end of 2021, sparking more interest by institutional and retail investors alike.

According to the report, “by the end of the year, total network hashrate had almost fully recovered to pre-ban levels (193.64 EH/s on 21 December 2021). What’s more, the upward trajectory continued in early 2022 and culminated in a new all-time hashrate high of 248.11 EH/s in February, demonstrating considerable resilience and flexibility of the Bitcoin mining industry.” 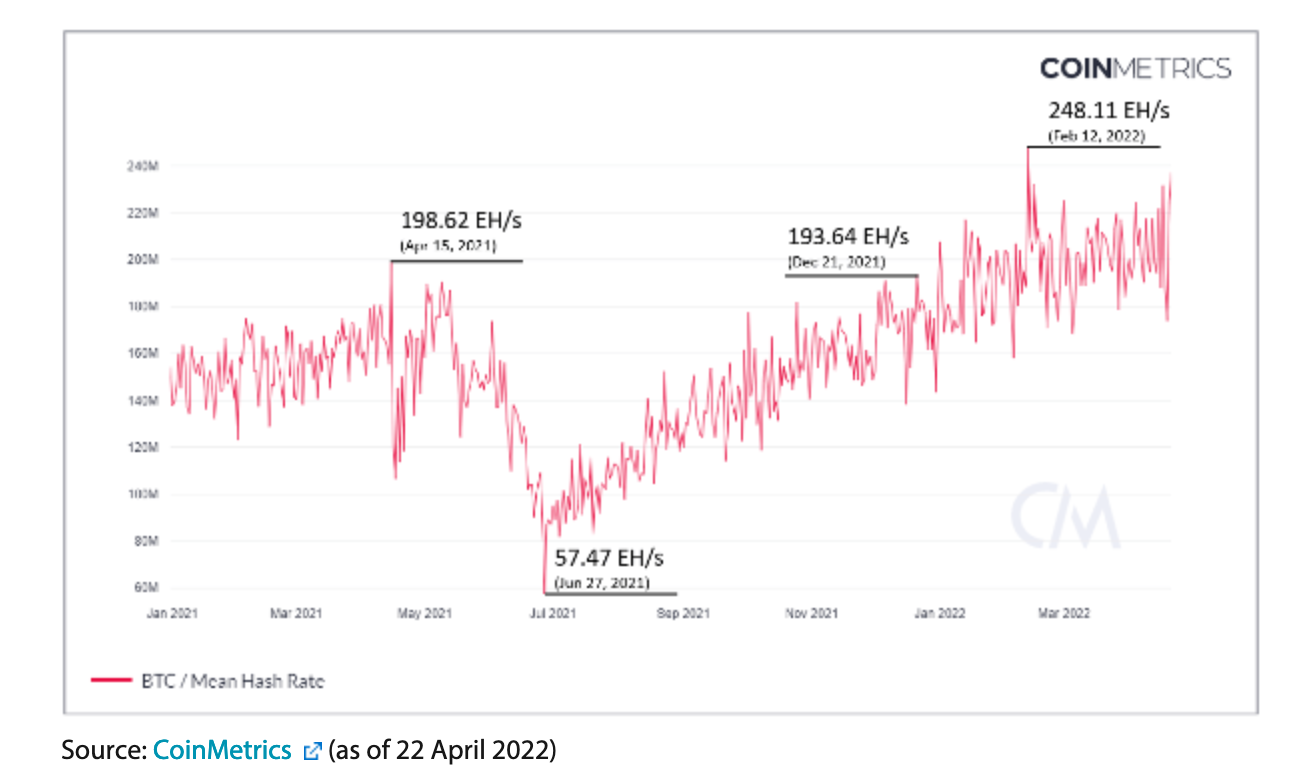 “New data confirms that the United States has not only retained its leading position as the largest mining hub globally, but also surpassed the rest of the world in terms of hashrate growth,” the report said. “This is evidenced by installed capacity surging from 42.74 EH/s (35.40%) in August 2021 to 70.97 EH/s (37.84%) in January 2022.”

“But even prior to the Chinese crackdown, increases in US hashrate (from 15.74 EH/s in January to 26.18 EH/s in June) have outpaced overall network growth, leading to a significant gain in hashrate share from 10.55% to 21.81% over the first half of 2021,” the report added further.