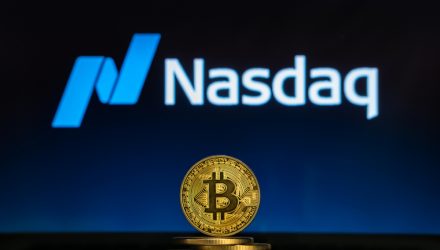 Not too long ago, Bitcoin miners seeking to go public had to do so overseas. Recently, however, U.S. stock exchanges appear to be warming to these miners.

Just in the past month, three major Canadian crypto miners have been approved to dual list their shares on the Nasdaq.

These new listings from international exchanges come about a year after several major Chinese crypto companies were approved for listing on Nasdaq, including crypto miner Ebang International Holdings Inc. (Ebon), which began trading on the Nasdaq in June 2020.

One of the most significant of the new listings is Bitfarms Ltd, which will begin trading on the Nasdaq on Monday June 21st under with the ticker “BITF.” It will retain its listing on the Canadian TSX Venture Exchange, according to a June 17th press release.

Bitfarms is the only publicly traded pure-play mining company currently audited by a Big Four firm. It  currently powers approximately 1% of the Bitcoin network. The company has five facilities in Québec, each powered by more than 99% hydroelectric power.

Once Bitfarms begins trading on Nasdaq it will be “the largest publicly traded Bitcoin miner in North America using greater than 99% hydroelectric renewable energy,” according to the above press release, a notable feat considering the increasing scrutiny from the investment community on Bitcoin’s environmental toll.

The same day Bitfarms announced its listing approval, another Canadian cryptomining company, HIVE Blockchain Technologies, announced that it had also received approval from Nasdaq to list its common shares on the Nasdaq exchange.

HIVE did not announce when trading of its common shares would begin on the Nasdaq.

According to its June 17th press release, HIVE was the first crypto mining company with a green energy and ESG strategy when it launched in 2017. HIVE owns green-energy powered data center facilities which mine both Bitcoin and Ethereum in Canada, Sweden, and Iceland.

HIVE, like Bitfarms, will retain its listing on the TSK Venture Exchange.

The third Canadian crypto miner to receive approval to list on the Nasdaq this month was Hut 8 Mining, a Bitcoin mining firm. Hut 8 announced its approval June 8th and trading of the company’s common shares began on June 15th.

Hut 8 will be listed under the ticker symbol “HUT” and retain its listing on TSX. The company was the first publicly traded miner on the TSX and remains one of North America’s largest digital asset miners.

MicroStrategy CEO Michael Saylor commented on these dual listings in a tweet, writing: “The increase in the number of publicly traded #Bitcoin miners and their migration to US based stock exchanges is indicative of broader institutional adoption of bitcoin and enthusiasm for the PoW (proof-of-work) mining business model.