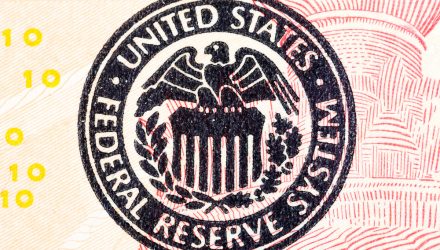 Brainard as Fed Vice Chair Could Be Good for Crypto

President Biden recently announced the nomination of Jerome Powell to continue leading the Federal Reserve, but it’s his nomination of Governor Lael Brainard and his promise to nominate three more progressives for board vacancies that could be positive traction for crypto within the regulatory agency, reports MarketWatch.

Brainard could play a key role in helping bring about a digital dollar from the central bank, as she has been on record many times speaking favorably about the potentials of crypto and a central bank digital currency.

In May, she indicated that the Fed is paying attention to several factors that are bringing the discussion regarding a digital dollar more into focus; the growth of bitcoin and other private digital currencies, the expansion of digital payment options and usage, and other countries dabbling in the idea of a central bank digital currency have all contributed to bringing digital currency discussions forward.

“It’s just very hard for me to imagine that the U.S., given the status of the dollar as a dominant currency in international payments, wouldn’t come to the table in that circumstance with a similar kind of an offering,” Brainard said in remarks to the National Association for Business Economics in September, regarding the idea of a digital dollar.

The Fed currently has three openings on its board, and two potential nominees (namely, Sarah Bloom Raskin and Federal Reserve Bank of Atlanta president Raphael Bostic) have been favorable towards digital currency possibilities.

Looking forward, the role of the Fed isn’t going to just be about the possibility of a digital dollar, but it will also involve providing greater clarity on digital assets in regards to traditional banks. A joint statement on Tuesday from the Office of the Comptroller of Currency and the Federal Deposit Insurance Corp. indicated that regulations will be forthcoming regarding how banks will interact with digital assets like cryptocurrencies.

The regulators are looking to provide banks with clarity on custodial services for crypto assets, as well as how any digital assets would be accounted for on bank balance sheets. Current regulators have indicated that they are handling the matter with a lot of caution and consideration.

“There’s going to be a pro-regulation atmosphere, including crypto,” said Owen Tedford, research analyst at Beacon Policy Advisors. “In the long term it’s bullish because it’s legitimizing, but I could see it being bearish in the short term.”

For investors looking to capitalize on potential positive movement for the crypto space as the Fed considers digital dollar viability and banks’ interactions with digital assets, the Grayscale Digital Large Cap Fund (GDLC) is a way to gain exposure to the top performing cryptocurrencies.

GDLC carries digital assets on a market cap-weighted basis that is calculated from the Digital Asset Reference Rates provided by Traceblock Inc., and is rebalanced quarterly. Coinbase is the custodian for the fund.

Currently the fund is made up of a 61.75% allocation to bitcoin, 28.18% to ethereum, 3.77% to solana, and 3.37% to cardano, and then it carries several smaller allocations such as litecoin and uniswap.

GDLC carries an expense ratio of 2.5%.