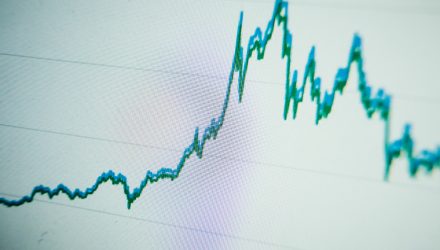 Shares of Block (NYSE:SQ), the fintech company formerly known as Square, shed more than a third of their value year-to-date, but some analysts say that this decline is a case of too much too soon and that the stock has rebound potential.

Should the downtrodden stock bounce back, a rally could benefit an array of exchange traded funds, including the newly minted Grayscale Future of Finance ETF (GFOF). GFOF, which debuted on February 1, had a 6.69% allocation to Block entering today, making the stock the ETF’s fourth-largest holding.

“The market is not currently ascribing nearly enough value to the Cash App business, and once management provides some clarity on forward-looking Cash App expectations, which could happen as soon as the 4Q21 earnings call on February 24, we believe the Street would recalibrate its view on SQ’s valuation, ultimately driving outperformance in shares from current levels,” said Bank of America analyst Jason Kupferberg in a note to clients.

Kupferberg added that rising interest rates are one factor weighing on shares of Block, but that fear is likely overblown.

“However, we believe the above concerns in aggregate have become over-discounted in shares,” said the analyst, adding that investors stepping into Block over the near term are “getting Cash App at a bargain.”

The analyst said that his sum-of-the-parts valuation on Cash App is $6.5 billion, or more than 10% of Block’s closing market value of $57.8 billion last Friday. Additionally, there could be some near-term upside to be had when Block reports fourth-quarter results later this month.

“Once management provides some clarity on forward-looking Cash App expectations, which could happen as soon as the 4Q21 earnings call on Feb. 24, we believe the Street would recalibrate its view on SQ’s valuation, ultimately driving outperformance in shares from current levels,” added Kupferberg.

Kupferberg isn’t the only analyst that’s bullish on Block. Last Friday, Citigroup analyst Peter Christiansen resumed coverage of the marquee member of the GFOF lineup with a “buy” rating and a $220 price target. That’s more than double where the stock closed on February 11.

Should Block notch an earnest rebound, it could lift rival PayPal (NASDAQ:PYPL) in the process. That stock is GFOF’s fifth-largest holding at a weight of 6.41%.