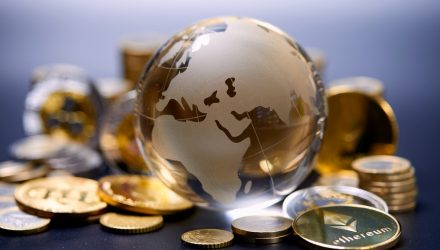 Bitcoin’s Use in International Transactions Should Continue Increasing

Bitcoin’s use as a medium of exchange is continuously on the move higher with certain countries adopting it as legal tender. The proliferation of its use could also see it take over international transactions on the Society for Worldwide Interbank Financial Telecommunications (SWIFT) network.

As blockchain technology continues to mature and evolve, new innovations could make for quicker international transactions. A recent Forbes article noted how it could increase the speed of data moving in the SWIFT network, which is already partnering with fintech firms.

Previously, bitcoin transactions didn’t have the transaction speed that’s now made possible via the Lightning Network. What the network essentially does is introduce transactional activity that can take off the traditional Bitcoin blockchain, thereby increasing the speed of transactions substantially whether they’re domestic or international.

“As long as the source country has the liquidity in a fiat/Bitcoin market to allow someone making a payment to buy it, and the destination country has enough liquidity for the receiver to sell it, Bitcoin is a perfect vehicle to process that international payment with minimal slippage/fees and settle it within the span of a few blocks,” a Bitcoin Magazine article by the author “Shinobi” noted. “Add the Lightning Network into the picture, and that can be settled within seconds.”

Get Sustained Growth Exposure Via Futures

As bitcoin grows in popularity as a median of exchange, regulatory measures are still necessary to shore up the cryptocurrency exchange market, especially in the eyes of regulators like the Securities and Exchange Commission (SEC). Until then, investors may still be hesitant to invest directly in bitcoin with confidence.

There is another alternative: Investors can also opt for getting exposure to futures contracts in bitcoin via the ProShares Bitcoin ETF (BITO). With cryptocurrency regulation still in its infancy, BITO will allow investors to get bitcoin exposure on a traditional market exchange, thereby reducing the risk of a public exchange going out of business.

Furthermore, BITO is actively managed, giving investors dynamic exposure to the bitcoin futures market. This puts portfolio management in the hands of market professionals who can increase or reduce exposure to contracts, given the current nature of the ever-changing, volatile crypto market.