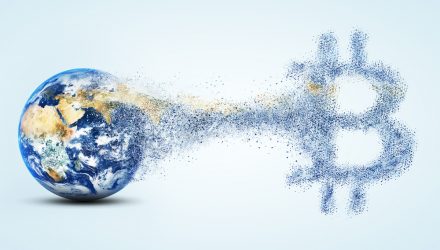 When Bitcoin prices are soaring, miners of the cryptocurrency are printing green. The digital asset’s green footprint is another story.

A recent tweet by Tesla’s Elon Musk is likely playing a part in Bitcoin’s recent price slump. Earlier this month, Musk tweeted that Tesla won’t accept Bitcoin as payment due to environmental concerns surrounding mining of the digital coin. That’s a reversal of course from just a couple of months earlier when Tesla said it would accept Bitcoin as a form of payment for vehicles, which at the time, further stoked a then substantial Bitcoin rally.

Many data points confirm the notion that Bitcoin mining is contributing to climate change in negative fashion.

That’s the bad news. Yet with the environmental narrative taking hold, miners could be compelled to take a more proactive approach to environmental stewardship.

“Bitcoin mining can incentivize additional solar and battery installations whether bitcoin is in a bull market or a bear market,” writes ARK crypto analyst Yassine Elmandrja. “Interestingly, during the setback in bitcoin’s price this week, Talen Energy announced plans to raise $800 million and build two bitcoin data centers, including one to mine cryptocurrency, for this purpose.”

Another good news/bad news scenario is that nearly two-thirds of global bitcoin mining occurs in China. The world’s second-largest economy has cheaper electricity than other major economies, making Bitcoin mining attractive, and is, to the chagrin of climate change activists, bringing new coal-fired plants online.

However, Beijing is also making pollution reduction one of the centerpieces of its domestic economic agenda. China is already one of the largest consumers of renewable energy in the world.

Prior ARK research indicates that an electrical grid system fueled by battery and solar systems that allots for Bitcoin mining could drive “an increasing percentage of electricity from renewable carbon-free sources over time,” according to Elmandjra.