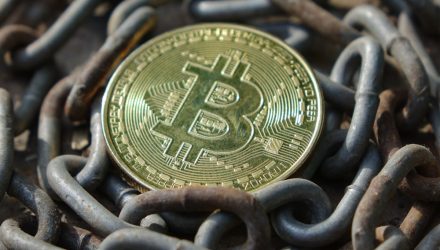 Bitcoin is part of that group. The largest digital currency is off 5% over the past week, as of late February 24, pressuring exchange traded funds like the Valkyrie Bitcoin Strategy ETF (BTF) in the process. Bitcoin’s slump in the face of Russia invading Ukraine deals a blow to the case for the cryptocurrency potentially morphing into a safe haven asset and its status as digital gold.

At least, that’s the sentiment of plenty of naysayers. However, some experts argue that bitcoin won’t be a risk asset for long, indicating that it could soon rebound and potentially provide support for funds like BTF along the way.

“However, in the last day or so its price has taken a hit, in tandem with the stock market which also drops during more volatile periods.  As such, Bitcoin is, currently, being regarded as a risk asset, alongside equities,” says deVere Group CEO Nigel Green. “Indeed, the correlation between crypto and stock markets has been pretty solid over the last few months on both inflation news and geopolitical issues. But this might all change again.  The ‘digital gold’ fundamentals for Bitcoin remain unaltered – namely its limited supply.”

For its part, BTF, which debuted last October, doesn’t invest directly in bitcoin. Rather, it invests in bitcoin futures with some stakes in U.S. T-bills to offset some of the risk associated with full bitcoin exposure.

Green says that the situation in Ukraine could actually hasten bitcoin’s return to being viewed as a safe haven asset.

“Moreover, I think we might see it revert to being regarded as a safe haven asset as the situation in Ukraine develops because it is unconfiscatable – which could become extremely important as centralised authorities take drastic step,” Green notes.

There might be something to that theory. Ukraine’s central bank is limiting how much cash customers can pull out of ATMs, and some folks around the world are sending bitcoin to support the Ukraine military. Additionally, sanctions against Russia could make citizens there vulnerable to losing traditional financial assets, further enhancing the case for bitcoin.

“Crypto is an exciting new asset class and, as such, how it’s treated by investors will, naturally, continue to shift,” concludes Green. “Yet, one thing will remain fixed: the appeal of borderless, digital currencies in our increasingly tech-driven world.”