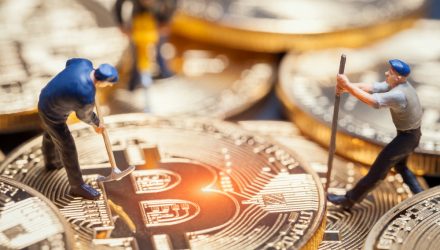 According to a new study from Cambridge University, the carbon footprint of bitcoin may be improving as the geography of bitcoin mining has changed in the last six months. With the shutdown of Chinese mining, the environmental impact only stands to gain from here.

When China enforced its crypto regulatory crackdown in May, it effectively removed almost half of the bitcoin miners from the network literally overnight.  Where previously at its peak, it had almost three-quarters of the world’s bitcoin miners, now they are repatriating to other countries, or shut down entirely, reports CNBC.

With those machines shut down, it has meant less environmental impact as the network is currently smaller, though it looks to be growing again. Additionally, Chinese miners were operating some of the oldest mining rigs that were the least energy efficient.

From a different perspective, bitcoin uses roughly as much electricity yearly as countries such as Colombia or Bangladesh. 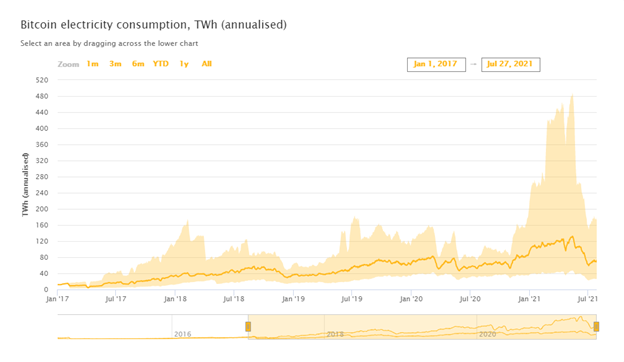 In an interview with CNBC, Mike Coyler, CEO of digital currency company Foundry, explained that the current bitcoin network should now get double the hash power from newer rigs for the same amount of energy the network was using with Chinese miners contributing. “This continues to significantly improve the security-to-energy ratio of the bitcoin network,” he said.

The U.S. has rapidly become one of the most attractive places for crypto miners and currently accounts for 17% of all global miners, becoming the second most popular country behind China as of April, before the shutdown.

“The bitcoin network is ruthless in its drive for the lowest cost,” said Colyer. “Miners around the world are looking for stranded power that is renewable. That will always be your lowest cost. Net-net this will be a big win for bitcoin’s carbon footprint.”

Investing in Crypto Miners with ‘BLOK’

Amplify Transformational Data Sharing ETF (BLOK), which now tops $1 billion in AUM and is the largest of the blockchain ETFs, is actively managed and invests in companies directly involved in developing and using blockchain technology.

BLOK not only invests in companies that develop blockchain technology but also in the miners. It has holdings in Hut 8 Mining Corp. with a 3.48% weighting, Riot Blockchain Inc at 3.26%, and Hive Blockchain Technologies at 3.1%, among others.

The BLOK ETF spreads its holdings across the size spectrum: the fund has a market capitalization breakdown of 45.7% holdings in large cap companies, 24.8% in mid-cap companies, and 27.2% in small-cap companies.

BLOK invests heavily in North America, with 71.5% of the fund allocated to the region. Asia Pacific compromises 20.9% of the fund currently, and Western Europe has a 7.6% allocation.