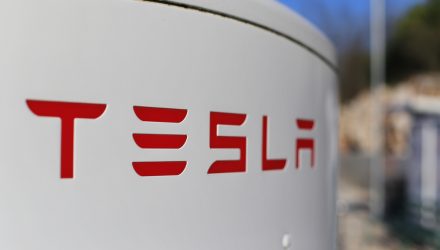 Why Bitcoin Is Making Its Way onto the Balance Sheet

Central to the Bitcoin investment thesis is increasing adoption, which can take on a variety of forms.

One of those forms is companies stashing Bitcoin on their balance sheet – a move that’s in its nascent stages, but one that could ultimately prove potent for prices of the largest cryptocurrency. Tesla is one name that comes to mind, as the electric vehicle maker added $1.5 billion worth of the digital asset to its balance sheet earlier this year.

“However, Tesla is not the company with the largest Bitcoin holdings. According to data presented by Aksje Bloggen, MicroStrategy, Tesla, and Square, as the three leading public companies on this list, together hold $7.6bn in Bitcoins. MicroStrategy alone, as the biggest investor, has over $5bn in Bitcoin assets,” notes the research firm.

Bitcoin on the Books

Treating Bitcoin as a substitute for cash, even in small increments, can be a practical strategy for multiple reasons.

First, the cryptocurrency can appreciate far more rapidly than traditional currencies. Second, with interest rates low in the U.S., cash instruments and short-term bonds aren’t going to generate much in the way of returns for investors – corporate or otherwise.

For its part, MicroStrategy proves a company can be a Bitcoin devotee.

“According to the company’s financial report from March, MicroStrategy spent over $2.2bn to acquire 91,579 Bitcoins, which are now worth over $5bn. That means the company doubled its investment in less than a year. The downside is that, unlike Tesla, MicroStrategy used more than $1.6bn in convertible debt to finance them,” notes Aksje Bloggen.

With Tesla entering the Bitcoin arena in a big way, some market observers are speculating about what well-known companies could be next, with some saying Apple or Amazon make for logical embracers of Bitcoin. Time will tell if that happens, but there’s also a runway for more fintech companies to follow Square’s lead.