You are at:Home»Crypto Channel»Bitcoin Crests $44k after News of Tesla Purchase 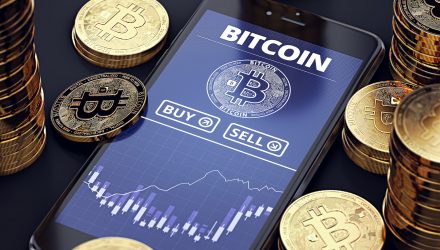 The price of Bitcoin rocketed to a fresh all-time high on Monday on news that Tesla announced it purchased $1.5 billion worth of the cryptocurrency, claiming it would soon accept Bitcoin as payment for its products.

In a recent filing with the SEC, Tesla said it purchased the notorious crypto in order to gain “more flexibility to further diversify and maximize returns on our cash.”

To compound the recent move, the electric carmaker also announced it will begin accepting payments in Bitcoin in exchange for its products “subject to applicable laws and initially on a limited basis.” Having $1.5 billion worth of Bitcoin at hand will provide the automaker with sufficient liquidity in the cryptocurrency to conduct business as necessary.

Some financial pundits are suspicious of Tesla’s move into Bitcoin however, as it represents an investment of a large percentage of its cash — over 7% of the more than $19 billion that the automaker possessed in cash and cash equivalents on hand at the end of 2020, according to its most recent filing.

Tesla CEO Elon Musk’s has also been championing Bitcoin on Twitter, where he has been posting motivating messages about the crypto that have encouraged more people to buy the digital currencies.

“I do at this point think bitcoin is a good thing, and I am a supporter of bitcoin,” Musk said in comments broadcast on social audio app Clubhouse on Monday. Musk said he was “late to the party” in backing Bitcoin.

“If all S&P 500 companies were to allocate 1% of their cash to bitcoin, ARK estimates that its price would increase by approximately $40,000,” notes ARK Invest.

Two weeks ago, Musk also added the hashtag #bitcoin to his Twitter bio, which may have aided the crypto’s 20% push higher.

This is not CEO Musk’s first foray into issues with Twitter. Musk settled with the SEC in the past and was forced to give up his role as chairman of the company’s board and pay a $20 million fine on top of another $20 million fine for the company itself.

Meanwhile, the quest for a Bitcoin ETF continues, with companies like VanEck seeking SEC approval.

“I know we saw some really good interesting regulatory developments last year. You look at the OCC and see some of the guidance they’ve been given banks around access to the asset class or even participating in some of these networks and more recently perhaps less publicized and a request for comment from the SEC around better destination about what it means to be a custodian in the space and even some questions about what it would mean for broker dealers to transact in tokenized securities. So we start to see more constructive engagement with the regulars and we think I will persist into the year just given what we’re seeing in terms of institutional as well as retail demand,” said Tom Jessop of Fidelity recently.