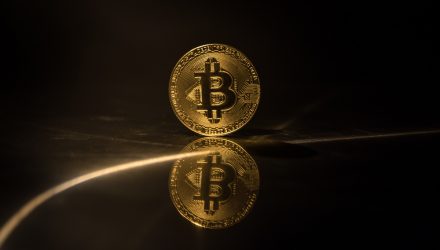 Bitcoin Could Benefit From China Bans

Bitcoin and Bitcoin futures might end up benefitting in the long term from the People’s Bank of China moving to outlaw all cryptocurrency transactions.

“This is great news for bitcoin, the last thing we want is China [to be]involved in a currency of the world,” Ross Gerber, CEO of Gerber Kawasaki Wealth and Investment Management, said in an interview with Yahoo! Finance. “The real issue is about control, and what governments don’t like is [that]  bitcoin takes control of people’s monetary futures away from governments and [places it]in the hands of individuals,” Gerber said. “And that’s exactly what’s happening… globally, right now.”

China has long had a contentious relationship with cryptocurrencies. The global superpower has previously banned mining in Sichuan and been at odds with cryptocurrency despite being a global leader in digital transactions, including the implementation of a state-run digital payment and processing network.

Gerber and some American politicians like Pat Toomey see an opportunity for the U.S. in China’s actions as China’s decision potentially isolates itself from what could be a future monetary system. “Even a 1% allocation to bitcoin for the average investor would bring bitcoin up probably 5x or 10x,” Gerber said.

The SEC recently threatened to sue Coinbase, so institutional hurdles remains, but it is possible that China’s harsh stance will soften views in the west. If cryptocurrencies can continue to gain mainstream purchase in the U.S. and in other markets, then China’s crackdown could easily backfire.

Despite the initial hit Bitcoin took at the news of China’s decision, the cryptocurrency quickly rebounded earlier today, going up 7% over $44K.