You are at:Home»Crypto Channel»Robinhood Shows There’s No Denying the Popularity of Crypto 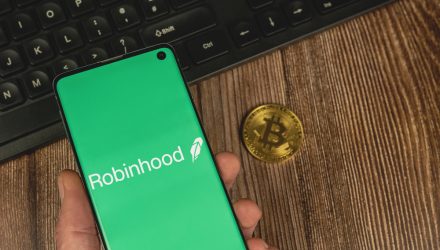 Robinhood Shows There’s No Denying the Popularity of Crypto

Bitcoin is the largest digital currency, but there’s ample appetite for the crypto universe at large, as confirmed by data from brokerage Robinhood.

“Bitcoin, the world’s most-traded cryptocurrency, has nearly doubled in value so far this year, boosted by an increased interest from larger financial firms betting on its greater acceptance, and as a hedge against inflation. Bitcoin has also made its way into the corporate treasuries of Tesla Inc, Square and MicroStrategy Inc.,” reports Reuters.

Recently, Tesla said it bought $1.5 billion worth of Bitcoin, which will be accounted for on its balance sheet as goodwill. Having $1.5 billion worth of Bitcoin on hand will provide the automaker with sufficient liquidity to conduct business in the cryptocurrency. Some financial pundits are suspicious of Tesla’s move into Bitcoin however, as it represents an investment of a large percentage of its cash — over 7% of the more than $19 billion that the automaker possessed in cash and cash equivalents on hand at the end of 2020, according to its most recent filing.

“Robinhood currently allows customers to buy, sell and hold cryptocurrencies, and had said it plans to give customers the ability to deposit and withdraw them for transfers to other wallets as well,” reports Reuters.

The Business of Bitcoin

It’s not likely to be a linear move to the upside, but Bitcoin will find price support if not significant appreciation from its rapidly rising adoption case.