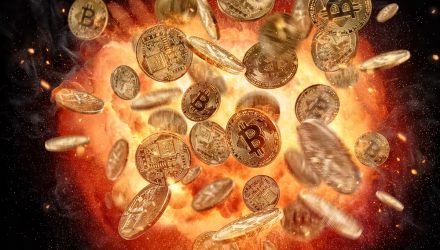 It was a jump of about 500% from the previous year, highlighting the popularity of cryptocurrency investing in 2021. It was also the same year that the first U.S.-based bitcoin exchange traded fund (ETF) debuted as well.

While crypto has been a global phenomenon, it was U.S. investors who took in the most gains. The United Kingdom and Germany rounded out the top three country gainers.

“Out of this, US investors took the lion’s share of the profits, netting some $47 billion — around 29% of the total amount,” The Block reports. “These investors were followed by those in the UK, Germany, Japan and then China, which banned bitcoin mining and poured cold water on investing in crypto early in the year.”

Bitcoin might be the first cryptocurrency that casual observers may identify with, but it was actually ether that gained the most in 2021. As mentioned, ether also reached an all-time high late last year right after bitcoin hit its own.

“We believe this reflects increased demand for Ethereum as the result of DeFi’s rise in 2021, as most DeFi protocols are built on the Ethereum blockchain and use Ethereum as their primary currency,” the Chainanalysis blog says.

The data also revealed China’s crackdown on cryptocurrencies, especially with respect to mining activities. This caused an outflux of crypto mining companies heading into other regulatory-friendly countries.

“Chainalysis highlighted China’s low growth rate, mostly caused by its crackdown on crypto. In contrast, it noted that the US saw a gain of 476% from the previous year,” The Block reports.

China has maintained the view that bitcoin and other cryptocurrencies could cause financial instability due to lack of strict regulations in place. Despite this, China isn’t wholeheartedly opposed to digital currencies, as it is looking to create a digital version of its local currency, the yuan.

“The use of cash is decreasing. Eventually cash will be replaced by something in digital format. That is one of the big drivers behind this,” Yan Xiao, project lead for digital trade at the World Economic Forum, told CNBC last year.