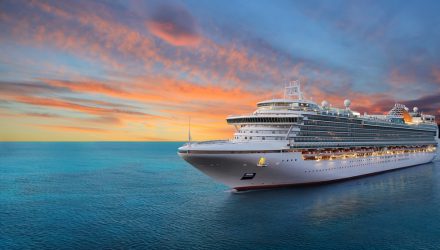 Carnival Corp. provided a business update for the second quarter, with cash from operations turning positive but revenue came up short of expectations, MarketWatch reported.

The cruise operation stated that second-quarter revenue jumped by “nearly 50%” quarter-over-quarter. Meanwhile, second-quarter occupancy of 69% was higher than the 54% in the prior quarter, and customer deposits increased to $5.1 billion from $3.7 billion while booking volumes for all future sales for Q2 were almost double volumes compared to Q1.

Looking ahead, the company sees clear sailing ahead. Carnival Corporation stated that 91% of its ship capacity is back to sailing with passengers, Cruzely reported. Five of its nine brands already have their entire fleet back on the high seas.

The Carnival Cruise Line, the company’s namesake brand, expects its occupancy to be over 100% soon, which occurs when a third passenger is added to some rooms typically designated for two people.

“Carnival Cruise Line also became our first brand to sail its entire fleet in May and is expecting occupancy to approach 110% during our third quarter,” Carnival Corporation CEO Arnold Donald said.