You are at:Home»Featured»Crude Oil ETFs Stabilize as the Ever Given Is Finally Freed 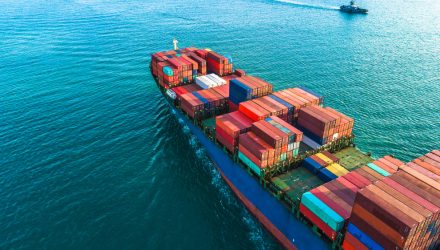 Crude Oil ETFs Stabilize as the Ever Given Is Finally Freed

Crude oil futures and ETFs stabilized on Monday, as the Ever Given, one of the world’s largest container vessels, was finally freed from the banks of the Suez Canal, where it had run aground nearly a week ago, impeding the flow of global trade goods like crude oil.

The Suez Canal Authority said on Monday that the Ever Given was successfully refloated. The vessel was moving north to an anchor point, but there is still doubt as to when the waterway will be reopened to traffic, the Wall Street Journal reported Monday.

While the change in the Suez Canal is beneficial for the return of oil shipments through the water conduit, “due to the large number of vessels that have accumulated, it could still be days or weeks until the canal is fully back to normal operations,” said Louise Dickson, oil markets analyst at Rystad Energy.

“Some leftover downstream ripple effects should be expected in the meantime,” Dickson said in daily commentary, adding that “oil loadings, as well as some oil demand could be affected as manufacturers may have to close or pause production as they wait for delayed goods to arrive at plants.”

Despite the news, oil has been relatively stable of late, perhaps because of reports that Russia would back a rollover of oil output limits to May, helping to offset some of the pressure from the Suez Canal developments.

Members of the Organization of the Petroleum Exporting Countries and its allies, also known as OPEC+, have set up a technical committee meeting Wednesday, followed by a main gathering Thursday where traders predict producers to determine May production levels.

After running aground last Tuesday, the Ever Given is now on its way to the Great Bitter Lake, where it will undergo a technical inspection, according to Leth Agencies, which is a transit agent at the Suez Canal. Operators had been working feverishly over the weekend to free the ship, a 220,000-ton vessel able to carry 20,000 containers, and stretching over 1,300 feet, almost as long as the Empire State Building is tall.

Meanwhile, analysts continue to express concern for crude volatility in the near future.

“There’s volatility in the market coming from all over the place, and if the dollar continues to rip higher, that will not be good for crude,” said Bob Yawger, head of the futures division at Mizuho Securities. Still, “there’s support from the upcoming OPEC+ meeting. The virus situation right now is so dicey, it’s unlikely they can increase barrels.”