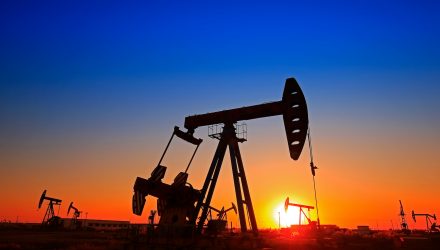 After a tremendous drop lower on Tuesday, to cap what has been a more than 16% drop in the price of crude oil over the last 10 days, U.S. West Texas Intermediate crude oil futures and associated ETFs are climbing higher Wednesday, in an attempt to recoup earlier losses. According to experts, however, the rally is likely to be countered by fresh short-selling as the supply/demand fundamentals remain considerably bearish.

WTI crude oil futures have climbed nearly 3.50% on Wednesday, to trade above $38 a barrel, after trading as low as $36.16 earlier in the session. The United States Oil Fund (USO) has gained 2.65% Wednesday.

After the dramatic decline yesterday, the rebound in prices is likely catalyzed by profit-taking due to short-term oversold conditions, as opposed to a full-fledged directional change, according to analysts. Worries over a renewed surge in the coronavirus pandemic and the subsequent fallout that will continue to hamper fuel demand globally is likely to counter profit-taking that might result in any move higher.

Later today, the American Petroleum Institute (API) is set to release its weekly inventories report, which was delayed a day due to the U.S. Labor Day holiday. On Thursday, the U.S. Energy Information Administration will reveal its weekly numbers as well.

According to analysts, the main trend for crude oil is down for the time being, despite a significant rally off the April lows, when crude reached negative territory for the first time in history.

“The main trend is down according to the daily swing chart. A trade through $36.13 will signal a resumption of the downtrend with the next target the $35.25 main bottom. The main trend will change to up on a move through $43.78. This is highly unlikely, but there is room for a normal 50% correction,” noted James Hyerczyk of fxempire.com.

Saudi Arabia’s national oil company, Saudi Aramco, slashed most of its prices this past weekend for crude exports to the U.S., Asia, and Northwest Europe for October, which analysts believe suggests that the kingdom is taking steps to bolster flagging demand for its oil.

“You’ve had a fundamental driver [of oil prices], which is the uncertainty around the demand outlook still tied to Covid and the reopening of economies globally,” said Harry Tchilinguirian, head of commodity research at BNP Paribas. “That uncertainty has been reinforced by the fact Saudi Arabia is reducing its selling prices, in particular to its main Asian market.”