You are at:Home»Featured»Crude ETFs Gain as Analysts See More Upside for Oil 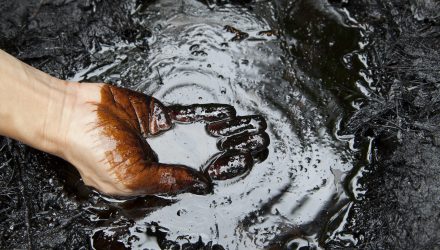 Crude oil and crude ETFs are approaching monthly highs not seen since March, as ongoing inflation and the summer driving season arrives.

Consumers continue to experience pain at the pump, and it doesn’t appear likely they will get a reprieve anytime soon, according to analysts.

“A large spike in prices remains quite possible this summer,” Goldman Sachs strategists wrote in a report to clients.

JPMorgan’s Marko Kolanovic also projects oil will continue surging higher, and Wednesday’s moves in crude may be supporting his hypothesis.

Kolanovic, who operates as JPMorgan’s chief global markets strategist and co-head of global research, envisions oil at $150 a barrel and believes the U.S. consumer is capable of handling such exorbitant levels. “There could be some potential further spikes in oil, especially given… the situation in Europe and the war. So, we wouldn’t be surprised,” Kolanovic told CNBC’s “Fast Money” on Tuesday. “But it could be a short-lived spike and eventually, sort of, normalize.”

Interestingly, Kolanovic, unlike some other analysts, does not necessarily see the U.S. heading the global economy into a recession but recognizes it is important to prepare for all possibilities.

For investors looking for crude ETFs to play the run-up in oil, which has been fairly steady since April of 2020, the United States 12 Month Oil Fund (USL) and the iPath Pure Beta Crude Oil ETN (OIL) are two other funds to consider.