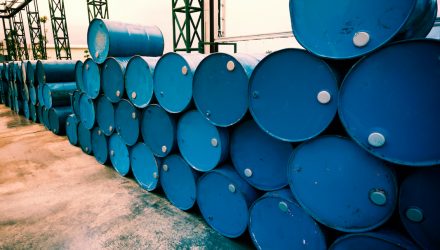 Crude oil and crude ETFs are climbing to fresh highs after the Memorial Day weekend, as some of the world’s most notorious oil producers elected to continue to gradually lift production cuts amid climbing oil prices.

Although there is still production uncertainty for the second half of the year, OPEC and OPEC+ will increase output in July, based on the cartel’s April decision to provide 2.1 million barrels per day to the market between May and July.

Crude oil futures and ETFs have been rising amid the news, with international benchmark Brent crude futures trading at $71.17 a barrel early Tuesday, for a gain of nearly 2.7%, while U.S. bellwether West Texas Intermediate crude futures climbed as much as 3%, to hit $68.65, reaching the contract’s highest level in over two years, and continuing what has been a more than 30% rise for oil in 2021.

The drive higher has been buoying crude ETFs like the United States Oil Fund (USO) and the ProShares Ultra Bloomberg Crude Oil (UCO) as well, with USO up over 1.87% Tuesday, while UCO has climbed nearly twice that percentage.

OPEC, which is responsible for over 30% of global oil production, is attempting to regulate a predicted increase in demand with a possible overshoot in Iranian output.

Last year the group reported the likelihood of considerable crude production cuts in an effort to bolster prices to counterbalance the demand shock from the Covid-19 pandemic.

“I think the event itself is going to be a nonevent. We expect them to basically reconfirm the plan that they laid out on April 1,” Jeffrey Currie, global head of commodities research at Goldman Sachs, told CNBC’s “Street Signs Europe” on Tuesday. “I think the bigger issue underlying this is: How are they going to deal with Iran?”

Other energy analysts affirm that demand is likely to continue, as the world recovers from the pandemic.

“Oil prices today are rising as the market is getting increasingly confident that demand is reaching the end of the recovery tunnel, with strong usage indications coming globally, from the United States to China,” said Louise Dickson, oil markets analyst at Rystad Energy.

Meanwhile, Iran is meeting with six world powers to consider reinstating its 2015 nuclear deal. The restoration of a deal could result in additional oil output worldwide.

“It’s too early to give specific numbers around Iran,” Currie said. “So I think the best you can hope for in terms of how they are going to deal with Iran is the indication that they are willing to offset any increases in Iran. That could be the positive upside surprise coming out of this meeting.”

OPEC Secretary General Mohammad Barkindo said Monday that he did not feel that additional Iranian supply would be an issue.

“We anticipate that the expected return of Iranian production and exports to the global market will occur in an orderly and transparent fashion,” Barkindo said in a statement.

“I think everybody is expecting Iran to add a lot of volume. So beyond the July increase, they aren’t likely to come out with any commitment,” Amrita Sen, chief oil analyst at Energy Aspects, told CNBC’s “Squawk Box Europe” on Tuesday.

“We know that as demand rises, we will need more OPEC barrels, but I think Iran is going to be the big question mark for them,” Sen added.

By July, OPEC’s production cuts will be targeting 5.8 million barrels.

“The most consequential issue for OPEC+ over the short term relates to the potential rise of Iranian production as a result of the US and Iran returning to JCPOA compliance,” Eurasia Group analysts said in a research note, referring to the acronym for the nuclear deal: the Joint Comprehensive Plan of Action.

Analysts at the risk consultancy firm noted that Russia and Saudi Arabia may work together in order to counterbalance any uptick in Iranian production.

“Over the medium term, OPEC+ will most likely adjust its policy to prevent the addition of Iranian barrels from derailing its market balancing strategy,” they continued. “Saudi Arabia will likely lean on Russia to better understand the scope of Iranian policy to work on adjustment plans. Iran would also probably act constructively as higher oil prices serve its own interests.”