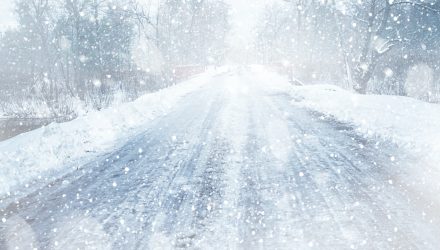 Crude ETFs Climbing Again Amid Talk of a Commodities Supercycle

Abnormally frigid conditions in Texas and the Plains states forced the closure of as much as 4 million barrels per day (bpd) of crude production, as well as 21 billion cubic feet of natural gas output, analysts estimated. The natural gas shutdown has caused widespread problems throughout Texas, New Mexico, and Arizona, where a plethora of customers were either freezing or paying exorbitant energy bills.

Sources say that shale oil producers in the region could take at least 14 days to restart the more than 2 million barrels per day (bpd) of crude output affected, since frozen pipes and power supply interruptions are making their recovery sluggish.

“With three-quarters of fracking crews standing down, the likelihood of a fast resumption is low,” ANZ Research said in a note.

In addition, for the first time since November, U.S. drilling companies slashed the number of working oil rigs on account of the cold and snowy conditions in Texas, New Mexico, and other energy-producing areas.

OPEC+ oil producers plan to convene on March 4, with sources suggesting that the group open up supply after April based on a recovery in prices, although a hike in output will likely be measured since the pandemic is still having a profound influence on the economy and travel.

“Saudi Arabia is eager to pursue yet higher prices in order to cover its social break-even expenses at around $80 a barrel while Russia is strongly focused on unwinding current cuts and getting back to normal production,” said SEB chief commodity analyst Bjarne Schieldrop.

Analysts are optimistic that the trend in higher crude prices could continue, to the benefit of crude ETFs like the United States Oil Fund (USO) and the ProShares Ultra Bloomberg Crude Oil (UCO).

Has an Oil Supercycle Just Begin?

According to JPMorgan, there are reasons to suggest that a new commodity supercycle may have just begun.

“We believe that the new commodity upswing, and in particular oil up cycle, has started,” JPMorgan analysts led by Marko Kolanovic said in a note last week, as reported by Bloomberg.

The latest commodity super cycle ended in 2008 after a 12-year run, boosted by the excessive spending and economic surge in China.

According to the bank, several potential factors such as post-pandemic global economic growth, ‘ultra loose’ monetary policies, increased and tolerated inflation, weakening U.S. dollar, financial inflows to hedge inflation, metals for energy transition markets such as batteries and electric vehicles (EVs), and underinvestment in new oil supply could all result in a new super cycle.

This could also create supply issues, as the International Energy Agency (IEA) admonished investors last year that if investment in oil were to stay at the 2020 levels over the next five years, it would limit the previously anticipated level of oil supply in 2025 by nearly 9 million barrels per day (bpd).

“The world may be sleepwalking into a supply crunch, albeit beyond 2021. A recovery in oil demand back to over 100 million b/d by late 2022 increases risk of a material supply gap later this decade, triggering an upward spike in price,” said Simon Flowers, Chairman and Chief Analyst at Wood Mackenzie.