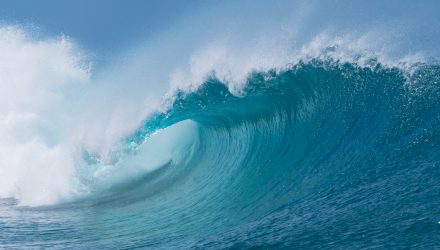 Cramer Sees Potential Danger For The S&P 500 Ahead

After one of the best finishes for a quarter in years, the S&P 500 could be in trouble according to CNBC’s Jim Cramer in a comment Wednesday that the bell-weather could be heading for “a make or break moment.”

Technical factors play into the CNBC analysts perspective, as he bases his comments on analysis from a charting technician named Carolyn Boroden who goes by the nickname, “Fibonacci Queen.” FibonacciQueen.com’s Boroden, who uses technical analysis and Fibonacci levels as the basis of her predictions, has a price target of 3,720 but is worried about a substantial near-term drop in the broad index.

“If it can’t break through last week’s highs at 3,100,” Cramer said, “Boroden thinks you need to prepare for pain because the near future could get ugly.”

In May, Boroden projected that the market was in rally mode as it climbed toward her initial price target of 3,280. The index topped 3,232 in June before dropping off 7% in the span of three trading days.

The S&P 500, Boroden thinks, will likely fail to reach her 3,720 price target, which is still 19% away from current levels unless it can break through 3,280, Cramer explained.

“Given that we failed to break through that resistance, she’s worried about potential downside here,” he said.

The S&P 500 closed off its highs on Wednesday, after the FOMC minutes were released and the market was unable to hold its best gains on the day.

The daily S&P chart is ominous according to Cramer. The analyst noted that while the index is trading above key technical indicators like its 50-day and 200-day moving averages, another indicator portends something more negative.

The analysts note that moving average crosses are key to follow right now. A 13-day exponential moving average is currently above the 5-day, which suggests stagnant momentum. This is not a call, however, for investors to give relinquish their holdings. When the market stages a rally and the 5-day and 13-day averages inverse, it will trigger bullish activity on Wall Street, Cramer said.

“If the S&P can do that and then take out last week’s highs, up about 40 points from here, then Boroden thinks we can resume the recent rally,” Cramer said. “In that case, she says, the S&P could tack on another 200 to 300 points from these levels.”

Veteran investor Richard Bernstein may be in the same camp.

“There’s some pretty nutty stuff going on,” Bernstein said. “Certainly in this environment, I think one should be very, very cautious about these high-flyers that have nothing to do with fundamentals at all. It’s all momentum and technicals.”

While shorting the market can carry substantial risk, for investors looking for an ETF to play the downside, the ProShares Short S&P500 ETF (SH) is an option to consider.