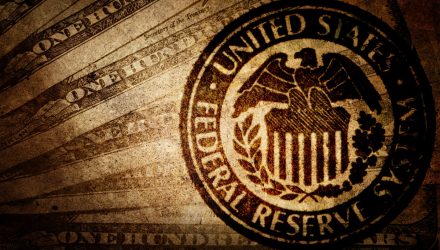 Could The Fed Make Another Rate Cut This Month?

Last Tuesday, the Federal Reserve made an emergency rate cut, which quickly tanked markets after a brief pop higher. Now there are expectations of another rate cut as early as this month.

Traders now anticipate the Federal Reserve will cut its benchmark interest rates by three-quarters of a percentage point March, even after the reduction earlier this week.

Friday’s stock market plummets, and a new record low in government bond yields compelled traders to suggest a 65% chance of a 75 basis point cut by the March 17-18 Federal Open Market Committee meeting, according to the CME’s FedWatch tracker. This is a dramatic shift from the zero probability assigned to that massive of a cut Thursday.

Adding to the tenuousness in the market, the yield on the 10-year Treasury briefly dropped below 0.7% as part of uncertainty over the coronavirus continues to dominate the news and investors’ minds.

If traders are correct about an additional rate cut, the federal funds rate would take the borrowing cost in short-term markets down to a range of 0.25%-0.5%, headed toward zero or even negative rates. The surprise rate cut on Tuesday placed the current target at 1%-1.25%.

According to experts, of these potential rate cuts point to one situation: a recession.

“We knew the Fed at some point if we had a recession again would get the funds rate to zero, and that is effectively being priced in,” said Mike Collins, senior portfolio manager at PGIM Fixed Income. “There’s a very good chance they cut a couple of times more, maybe get to 50, maybe get to zero at the end of this year and probably get stuck there.”

Down over 11% from its all-time high, the S&P 500 dipped into correction territory on an intraday basis along with the Dow Jones Industrial Average and Nasdaq. It took the indices just ten sessions to dive from their all-time highs, after notching record highs the prior week.

It’s not all bad news; however, as plummeting markets can provide opportunities to make money. For savvy investors with an appetite for risk, the Direxion Daily S&P 500 High Beta Bear 3X Shares (NYSEArca: HIBS) and the Direxion Daily Dow Jones Internet Bear 3X Shares (NYSEArca: WEBS) are just two of the many inverse ETFs that can be used to capitalize on falling markets.