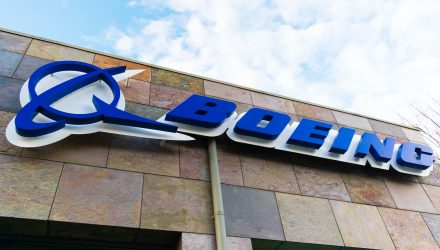 In what has become a heated debate over monopolistic tendencies and efforts to limit competition, Facebook CEO, Mark Zuckerberg, is under fire over its acquisitions of social media companies ahead of his testimony before the House Antitrust Subcommittee on Wednesday.

Zuckerberg resisted accusations that Facebook’s acquisitions of Instagram and WhatsApp were designed to block competition in prepared remarks released Tuesday,

“Facebook has made Instagram and WhatsApp successful as part of our family of apps,” Zuckerberg said in his prepared remarks.

The Facebook CEO will be one of four tech CEOs scheduled to speak in the hearing, including Amazon CEO Jeff Bezos, Apple CEO Tim Cook, and Alphabet CEO Sundar Pichai.

“Instagram and WhatsApp have been able to grow and operate their services using Facebook’s bespoke, lower-cost infrastructure, and tackle spam and harmful content with Facebook’s integrity teams and technology.”

Facebook secured the purchase of Instagram for $1 billion in 2012. It acquired WhatsApp for $19 billion in 2014. Senator and recent presidential candidate Elizabeth Warren accused Facebook of using its acquisition of Instagram and WhatsApp to hamper competition, claiming she would appoint regulators to unwind those “anti-competitive mergers” if elected.

Zuckerberg argued that the firms serve a purpose in Facebook’s universe and were synergistic acquisitions, claiming that Instagram benefited from its acquisition by using Facebook’s technology to buttress its infrastructure and eliminate spam. WhatsApp, meanwhile, allowed Facebook to provide the secure messaging app free to users, he said. WhatsApp also utilized Facebook’s technology to develop video and voice-calling features, Zuckerberg said.

“These benefits came about as a result of our acquisition of those companies, and would not have happened had we not made those acquisitions,” Zuckerberg said. “We have developed new products for Instagram and WhatsApp, and we have learned from those companies to bring new ideas to Facebook. The end result is better services that provide more value to people and advertisers, which is a core goal of Facebook’s acquisition strategy.”

“We offer hundreds of projects like these on Facebook Open Source and GitHub, where our projects have hundreds of thousands of followers,” he said. “I believe sharing our intellectual property this way helps the entire ecosystem move forward, and develop new products.”

“Several years ago, Facebook moved our headquarters to the campus where Sun Microsystems used to be,” Zuckerberg said. “We kept their sign out front, on the back of ours, to remind us that things change fast in tech. I’ve long believed that the nature of our industry is that someday a product will replace Facebook. I want us to be the ones that build it because if we don’t, someone else will.”

For the month ending July 10, the Global X Social Media ETF (NasdaqGM: SOCL) jumped 17%, an impressive rally under any circumstances, but one made more so when considering the spate of controversy surrounding Facebook. The ETF finished slightly lower on Tuesday.

In addition to accusations that it is attempting to limit competition, the social media giant was embroiled In political tensions related to its civil rights stance and comments.