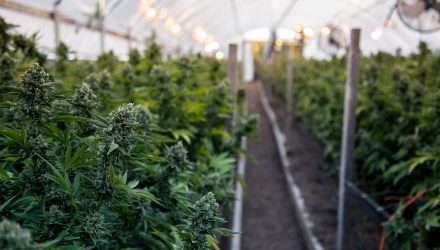 Ian Young June 27, 2019
Illinois is the latest of 11 states now to legalize marijuana for recreational use. Other states include Alaska, California, Colorado, Maine, Massachusetts, Nevada, Oregon, Vermont, Washington, and Washington D.C.
“Legalization of adult use cannabis spring is in important and over do you change for our state. The war on cannabis has destroyed families filled presents with nonviolent offenders and dis-proportionally disrupted black and brown communities,” said Illinois Governor J.B. Pritzker.
Despite legalization, according to the law, the drug must be purchased at a licensed Illinois dispensary, with outlets selling marijuana opening in Illinois starting on January 1, 2020.
Legalization is good news for many criminals, currently in jail and suffering from legal blemishes. The nearly 800,000 people who have been jailed for having up to 30 grams of marijuana will be exonerated.
“This legalization will clear the cannabis related records of nonviolent offenders,” said the governor.
In addition to relieving criminal stress, the law will also re-invest tax revenues back into communities who need it the most.
The United States is not the only nation charging toward legalizing marijuana however. After watching for years as individual U.S. states legalized marijuana one by one for various purposes, the entire nation of Canada took a giant leap forward by making recreational cannabis legal across the country in mid-October of 2018. Gradually, more jurisdictions across the globe have decided to eliminate laws against marijuana, and the movement seems to be gaining even more traction in 2019.

The good news for investors, is that with the rise of legal marijuana comes opportunity to invest in it’s business development. Pot stocks like Canopy Growth (CGC) and Aurora Cannabis (ACB) have grown increasingly popular among investors, but they’ve also seen a lot of volatility. Many companies in the cannabis industry saw their shares rocket higher during the incipient period of the the Canadian recreational market, only to give up their gains and see prices fall back to Earth in the months that followed. The experience taught many investors that rapid growth comes with risk, and that diversification can be a valuable asset when investing in a speculative space, such as the marijuana sector.

Fortunately, there are Marijuana ETFs to help with this dilemma. They allow investors to diversify, easing some of the risk of an individual stock, and participate in more than one part of the business model.

One relatively new exchange-traded fund focused on marijuana stocks planned  to undercut competitors when it debuted just days before the unofficial pot holiday. According to Bloomberg, YOLO, which stands for the credo, “You Only Live Once”, is the ticker for the AdvisorShares Pure Cannabis ETF, which charges 74 basis points, or $7.40 for every $1,000 invested. That’s 1 basis point less than the ETFMG Alternative Harvest ETF, creatively named known as MJ, and the AdvisorShares Vice ETF (ACT), two other popular marijuana ETFs.