You are at:Home»Featured»Could Big Tech Be Headed For A Fall? 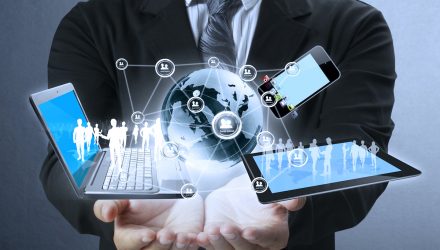 Could Big Tech Be Headed For A Fall?

Could Big Tech be getting overcooked and ready for a massive pullback? Former Facebook executive Chamath Palihapitiya seems to think so.

On Friday Palihapitiya, founder and CEO of investment firm Social Capital, explained why he sees significant risk for the tech giants like Facebook and Google-parent Alphabet.

In a collection of tweets the executive said that there are a number of issues that could send these shares spiraling down over several years, such as heightened regulatory scrutiny, taxes and new product experiences.

“Big Tech’s long term success is no longer about better products,” Palihapitiya said in a Friday tweet. “They are incumbents and their success is now a multi-variate/multi-dimensional problem of competition, anti-trust, tax and regulatory multiplied by EVERY city, state, country and jurisdiction in which the operate.”

The tech-heavy Nasdaq Composite and Invesco QQQ Trust (QQQ) have been a beacon of light for the stock market, as leisure stocks have suffered in the wake of the coronavirus surging once again. Shares of Facebook rallied 17% this year, while Alphabet added more than 13% to its share price.

Thanks to the resilience of Big Tech, the Nasdaq Composite became the first major U.S. equity benchmark to hit a new record high.

Palihapitiya believes that governments around the world are also becoming increasingly “threatened” by the tech duo.

“The most basic encapsulation is that $FB and $GOOG threaten to disrupt the business model of allocating and distributing political power,” Palihapitiya said.

“For customers, regulation could slow down their velocity of spend,” Palihapitiya said. “A good recent example was the advertiser boycott on $FB. If regulations on hate speech, free speech get stricter for $FB and $GOOG, it becomes harder to monetize all impressions and will make ad rules stricter.”

Last month after the collective boycott that involved over 100 brands, Facebook altered its policies to block hate speech in its advertisements, barring those claiming people from a specific race, ethnicity, nationality, caste, gender, sexual orientation or immigration origin are a threat to the physical safety or health of anyone else.

Palihapitiya also envisions that global governments are likely to increase taxes from these tech behemoths once  the coronavirus pandemic is under control, further tempering upside for the stocks.

“With governments crippled economically because of the pandemic, they will search for as many new ‘do no harm’ forms of revenue,” he said on Twitter. “IE, The EU, broadly, will look at taxes until they get their pound of flesh from any company operating there.”

For ETF investors who see a continuation in tech, the iShares Expanded Tech Sector ETF (IGM) could be something to consider, while for tech bears, the ProShares Short QQQ (PSQ) allows more risk-savvy investors to take a downside position in big tech.