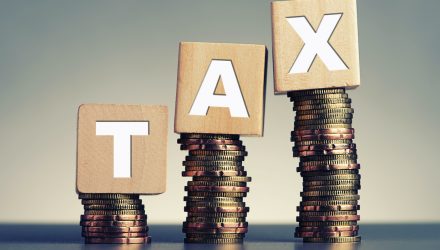 Despite the February collapse in the stock market this year amid the coronavirus pandemic, investors have enjoyed a continued rally over the past decade. But that all could be coming to an end soon according to the presidential nominee and former Vice President Joe Biden.

Releasing his plans for an economic recovery Thursday, Biden said that President Trump has been hyper-focused on the stock market during the coronavirus pandemic and that Biden hopes to terminate the “era of shareholder capitalism.”

“Throughout this crisis, Donald Trump has been almost singularly focused on the stock market, the Dow and Nasdaq. Not you. Not your families,” Biden said. “If I am fortunate enough to be elected president, I’ll be laser-focused on working families, the middle-class families I came from here in Scranton. Not the wealthy investor class. They don’t need me.”

As he described the policies he plans to initiate, on Thursday Biden noted that a tax hike for corporations is in the works, something most know is bad for markets. Biden is hoping to institute a 28% corporate tax rate, well above the 21% set by Trump’s 2017 tax cuts but still less than the level where the top rate sat previously.

Not everyone is against the tax increase, however.

Jack Lew, who served as Treasury secretary when Biden was vice president, said Thursday on “Closing Bell” that when the Obama administration considered tax reform, a 21% rate was under what business leaders were asking for and that the economy could weather even higher taxes.

“There’s a lot of room in tax policy to be both sensible and fair and to promote economic growth,” said Lew, a supporter of Biden.

President Trump claimed in a tweet Monday that investment accounts would “disintegrate and disappear” if Biden became President.

Lew disagrees, however, stating that Biden winning the presidency and Democrats taking control of both houses of Congress would be beneficial for investors and the economy, as the veteran leadership would be welcome.

“I think the markets and the economy would be doing a lot better if we had stable leadership in Washington if we had an experienced hand during times of crisis,” Lew said.

Since the bottom of the February drop, stocks have rebounded despite a dramatic spike in jobless claims that saw the unemployment rate climb to levels not seen since World War II, with unemployment hovering around 11% in regardless of a historic increase in jobs, according to the Labor Department.

For investors who see stocks moving higher and are willing to take on more risk to participate in potentially greater upside gains, the Direxion Daily S&P 500 Bull 3X Shares (SPXL) is something to consider. For those who see the market selling off come election time could look at the ProShares Short QQQ (PSQ).