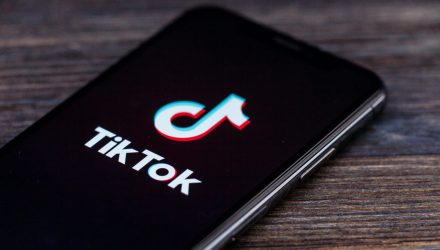 Although the stock is down slightly today amid a tech slump in the Nasdaq Composite and the Invesco QQQ Trust (QQQ), Microsoft has been in the news along with Twitter.  The latter is attracting the interest of bullish options traders amid reports that the social media company has had preliminary talks concerning a possible takeover of TikTok’s U.S. operations, something that Microsoft has been vying for.

President Trump recently signed an executive order banning U.S. transactions with TikTok’s parent company, ByteDance, which would essentially close down TikTok in the U.S. if it were not sold to an American company.

TikTok is an extremely popular app, which was initially fueled by interest from Millennials and adolescents, but has since become a viral phenomenon, in competition with Youtube for social media users’ attention. Yet, there are genuine fears about the Chinese government’s level of access to TikTok, as the Chinese government is still committed to policies of censorship and surveillance, and recent arrests in Hong Kong have only heightened how brutal and repressive that system can be, prompting comments from President Trump such as, “for years, Hong Kong was making money that we could’ve been making.”

Last week, Microsoft confirmed that it was in talks about the option of acquiring TikTok, which could possibly present issues for Twitter in its pursuit of the popular social sharing app. However, investors seem unfazed, as Twitter options activity in Monday’s session presented a rosy portrait that some kind of deal could be completed.

“We saw double the average daily call volume, nearly 160,000 calls traded. Most of those were short-dated: the 38, 39, and 40-strike calls going out to August expiration,” Michael Khouw, chief investment officer at Optimize Advisors, said Monday on “Fast Money.”

For options traders, August expiration is a big day, just two weeks from this coming Friday, and would allow significant time for Twitter to complete a potential TikTok takeover deal, which may be a signal that these traders are speculating that things could become more bullish as the Sept. 15 executive order deadline approaches.

“Buyers of those 40-calls were paying about 75 cents,” said Khouw, “That would be a bet that the stock rises about 8.5%, but it’s understandable why they’re using options [to make that bet]. Options prices are relatively cheap in Twitter. … This is a way for those investors to speculate on it, but not risk a great deal.”