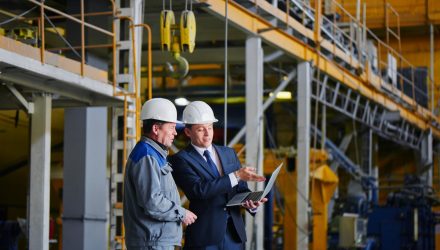 Corporate Tax Cut Could be a Game Changer for Manufacturing

Although there will undoubtedly be modifications to the GOP tax proposal, we feel there is a high likelihood that the 20% corporate tax rate survives the Washington revisions to the proposed bill. Many will dissect the merits of the bill from the corporate side and from their vantage point as a taxpayer on a personal basis.

If indeed, the 20% rate survives and becomes the law of the land, we believe there is little doubt that it would make our companies more competitive on a global basis. US corporations would go from the 3rd highest corporate rate amongst 188 countries followed by the Tax Foundation (see here) to a much more competitive position.

One of the main competitors has been and will continue to be China. Many US companies moved their operations to China as they were attracted by the huge cost differential by operating there. Over time, however, as China’s economy surged, so did their own labor costs as did the cost of transportation of goods back to the United States and other end markets.

In a recent BCG Perspectives Report (see here) the consulting company posited that there has been a great deal of reshoring of factory work from China and other major trading partners. Indeed, they found that there has been an increase of manufacturing jobs of 400,000 and another 1.2 million jobs in support of those manufacturing jobs since 2010. Why that has happened is pure economics as “the cost competitiveness of US manufacturing has been improving significantly over the past decade, compared to many of its biggest trading partners – most notably China”.

That statement can be visually seen in the following two charts. In the first BCG depiction, China’s manufacturing advantage was 14% in 2004. That advantage shrunk to only 1% in 2016. When other non-manufacturing, or indirect costs, are factored in like shipping, inventory, and other costs, there may be an advantage to move the manufacturing to the USA where they will be consumed. 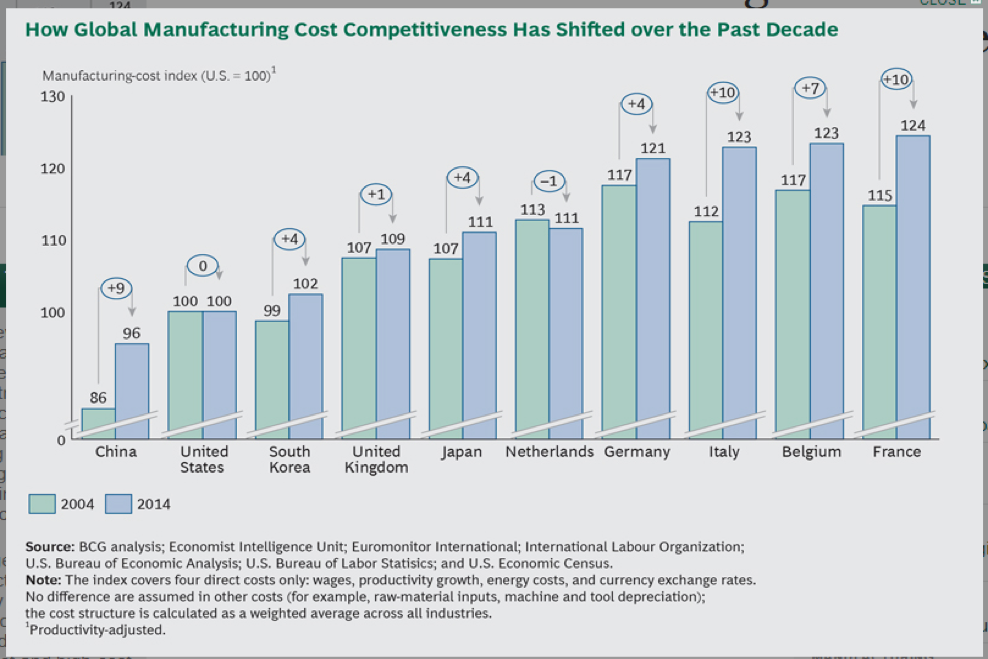