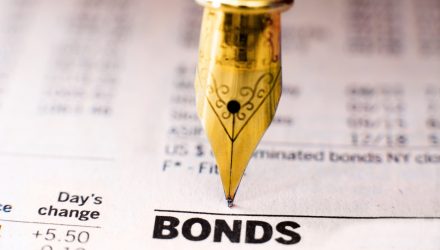 Today the Federal Reserve will commence its much anticipated corporate bond program amid an influx of debt issuance.

The central bank will begin its Secondary Market Corporate Credit Facility, part of an unprecedented program in which it will purchase ETFs that track the corporate bond market. Asset management king BlackRock will be spearheading the operation under the oversight of the New York Federal Reserve.

In its efforts, the facility will purchase ETFs that hold what have been referred to as fallen angel bonds of companies that formerly had once qualified as investment grade, but have since been downgraded to speculative or junk. Attention will be focused on cases where companies were relegated as a result of the coronavirus crisis.

Early May was the proposed time the Fed would begin snatching up these bonds, and it looks like they are on track.

“For all we know, they could’ve already started buying, so we’ve gotten confirmation that they haven’t,” said Dave Nadig, chief investment officer and director of research at ETF Trends, said last week on CNBC’s “ETF Edge.”

“The real news here is this definition of what too big a premium is, and there was a lot of speculation around this because we really don’t have an instance where a government entity has come in and said what fair value looks like,” Nadig added. “We now know what the playbook looks like.”

The Fed’s companion program, the Primary Market Corporate Credit Facility, in which the Fed will be purchasing the genuine bonds as well as syndicated loans, is also set to begin shortly.

After an earlier decline this year, the corporate debt market has exploded, as Covid-19 has continued to infect the world. Issuance through April of $834.3 billion climbed 69% since the same time last year, and March and April saw historical numbers brought to market. Some $25.7 billion alone hit the market on Monday.

One key component of the ETF purchases is that the Fed will not purchase debt that is trading at greater than one standard deviation above their net asset values inside of a one-year time frame. Bond ETFs sometimes struggle from misplacing.

There will be other considerations as well, according to an announcement Monday from the New York Fed that did not determine which ETFs the central bank will be buying. They encompass a variety of factors such as the investment grade and speculative debt, management style, the amount held in depository institutions, the length of time for which the syndicated loans are due, average daily trading volume, and leverage.