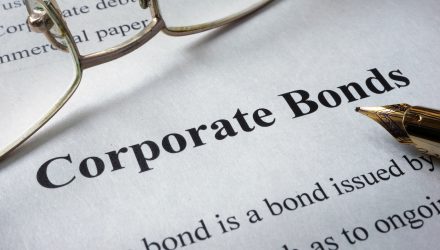 Investors piled into investment-grade bonds after the Federal Reserve said it will enter the market, generating the second-biggest inflows in its 18-year history for the world’s largest credit ETF.

The US$30.3 billion iShares iBoxx US$ Investment Grade Corporate Bond ETF (LQD) showed inflows of US$1.06 billion on Monday, according to data compiled by Bloomberg. Traders clambered into LQD as the U.S. central bank said it would begin buying corporate bonds and certain credit ETFs. Monday’s moves came just short of a record one-day intake of US$1.09 billion in 2016.

Under a program it introduced on Monday, called the Secondary Market Corporate Credit Facility, the Fed can purchase up to 20% of the assets of any exchange-traded fund that offers broad exposure to the investment-grade bond market.

Broadening concern over the impacts of the spreading coronavirus, whose number of cases has now crested 400,000 worldwide, has roiled financial markets, with corporate default risks still plaguing investor’s thoughts. Traders are now trying to front-run the Fed’s purchases, which could lift both the ETF and its underlying assets. LQD extended gains after posting its biggest rally since 2008 as investment-grade bonds rebounded.

ETF purchases like this could give the Fed the opportunity to own longer-dated bonds. When it buys corporate bonds in secondary trading or directly from companies, it will only accept debt maturing in less than four years. But the weighted average maturity of the iShares iBoxx ETF’s benchmark is around 13 years.

“The Fed will provide a steady bid supporting the large, highly liquid ETF as there are only so many funds that meet their buying criteria,” said Todd Rosenbluth, director of ETF research at CFRA Research.

U.S. banks account for almost 25 percent of LDQ, with Goldman Sachs Group Inc. and Bank of America Corp. among the fund’s largest holdings, which also include Apple and Microsoft. A desire to support the banking system probably affected the Fed’s choice to purchase corporate bonds and ETFs, according to DataTrek Research.

“Preserving operating liquidity in the U.S. banking system is certainly part of the Fed’s mandate, so buying investment-grade corporate bonds is not as outside the box as one might first think,” wrote co-founders Nicholas Colas and Jessica Rabe in a note Tuesday.