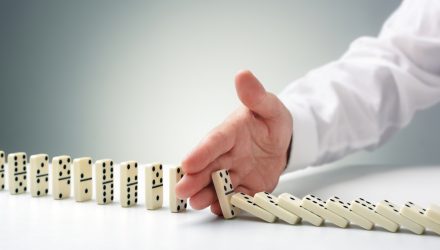 What Tuesday Morning’s Trading Halt Can Teach Us

Investors, managers, and market watchers alike were puzzled Tuesday morning as dozens of NYSE stocks, including some big names, halted trading due to what some identified as a technical issue. While said trading halt issue has reportedly since been resolved, investors may still be curious how to interpret some abnormally large moves impacting the likes of Morgan Stanley, Verizon, McDonald’s, and Nike. Here’s a bit more detail on how the market reacts in a situation involving abnormally large moves.

To start, investors should remember that market opens can be pretty volatile — so much so that for some traders it can take years to adjust to the early morning trading pace. So much can change between the prior day’s close and the next day’s open, while a single big mover can spark a chain reaction for much of the morning before the 10am reversal, one of the “most vicious times in the trading day.”

Tuesday’s moves triggered the Limit Up-Limit Down Circuit Breaker, or the Single Stock Circuit Breaker, which is a market volatility moderator designed to prevent large and sudden price moves. Set at a percentage level above and below the stock’s price, the Limit Up-Limit Down breaker proved its worth this morning, with one possible cause being a technical computer issue that was either automatically or erroneously triggered for the circuit breaker.

Computer glitch issues for American exchanges are somewhat rare, but not vanishingly so, with the most well known perhaps being the August 2012 case in which software at Knight Trading caused rampant errors that drove the trading company to insolvency. Still, while it appears that at the moment the auction itself was the source of the problem, it’s important to be aware of how big movers can impact early trading.

“Whenever you see big moves in a hurry on the tape, the first reaction is always ‘a whale jumped into the pool.’  And indeed, if a big enough whale really wanted out of these stocks on the open, they could in fact perturb the auction prices,” said Chief Investment Officer and Director of Research of ETF Trends and ETF Database Dave Nadig. “However, given how quickly each stock recovered and how little turmoil there seems to have been as a result, it seems like a pretty garden variety ‘hiccup’ right now.”

While ETFs were not broadly impacted, traders may act aggressively based on how the stocks’ wild swings impacted the NAVs of the ETFs that held them. Investors may want to keep an eye on how trading systems like today’s trading halt will impact those ETFs and others in the future in a fast moving and volatile market.