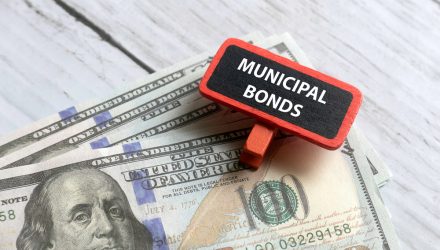 The partisan swing – or lack thereof – in last week’s midterm elections dominated the news, but investors may also want to note the significant investment in municipal bonds voters made. The American electorate approved tens of billions in municipal project funding on Election Day, which may interest investors in state-level municipal bond exposures in a diversified municipal bond ETF like the American Century Diversified Municipal Bond ETF (TAXF).

Voters approved $57 billion out of $63 billion in funds on the ballot with results already available, with as much as $90 billion still up for grabs for state and local governments. While municipal bonds lost some of their luster so far this year, communities across the United States still face significant infrastructure concerns, from roads and bridges to new schools and water pipes.

$35 billion will be bonded for in Texas as the Sun Belt continues to grow, while high school construction costs continue to take large bites out of public spending. As the Biden Administration’s infrastructure bill funds begin to get out into projects around the country, states may continue to be emboldened to address longtime infrastructure items on their lists.

Municipal bonds’ tax friendliness may also prove attractive to investors with tax time coming and tax-loss harvesting opportunities abounding in mutual funds and some of the bigger equity ETFs. As such, investors across the tax spectrum, but especially those in higher tax brackets, may want to consider the merits of TAXF.

The actively managed, diversified municipal bond ETF charges a 29 basis point fee. TAXF allocates up to 35% of its portfolio to riskier municipal securities based on the market environment, having returned 1.7% over the last month compared to -3.7% returns over the last three months.

TAXF has added $20 million in net inflows for the last three months and $68 million over six months according to VettaFi as well. The ETF is currently priced at $48.80, still a distance from its 200-day simple moving average of $50.2, while also offering an annual dividend yield of 1.88%.

While the Republicans’ victory in the House of Representatives may cause a divided and gridlocked Federal government, the last election also spawned several new trifectas in state governments in which one party has total control. That, and voters’ direct support for billions in spending, may create a fertile environment for investors via TAXF and its diversified approach to municipal bonds and their yields.