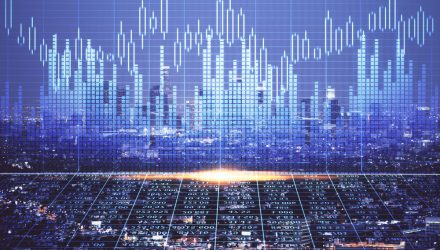 Going forward, short sellers may have to disclose more details about their short positions to the Securities and Exchange Commission. On Friday, the SEC proposed rules providing greater transparency around short selling.

With short selling, a trader looking to bet against a company borrows shares of its own stock, then sells them on the market. In theory, the trader will later buy those shares back at a lower price and return them to the brokerage or asset manager that lent them the equity for a fee.

Under the proposed rules, investment managers would be required to report short sale-related information to the SEC on a monthly basis. The Commission would then aggregate data about large short positions, including daily short sale activity data, then make said data available to the public.

This new data would supplement the short sale data that is currently publicly available from FINRA and stock exchanges.

“This would provide the public and market participants with more visibility into the behavior of large short sellers,” said SEC chairman Gary Gensler. “The raw data reported to the Commission … would help us to better oversee the markets and understand the role short selling may play in market events.”

Gensler added in a separate release: “I am pleased to support this proposal because, if adopted, it would strengthen transparency of an important area of our markets that would benefit from greater visibility and oversight.”

Regulators have been trying to figure out how to deal with the trend of meme stock trading that began with the selling of GameStop stocks in January 2021. In October, the SEC issued a report saying that it was weighing new regulations on stock-trading apps.

“The extreme volatility in meme stocks in January 2021 tested the capacity and resiliency of our securities markets in a way that few could have anticipated,” the report states. “At the same time, the trading in meme stocks during this time highlighted an important feature of United States securities markets in the 21st century: broad participation.”

Though the report didn’t make any recommendations, it delineated areas for further study.