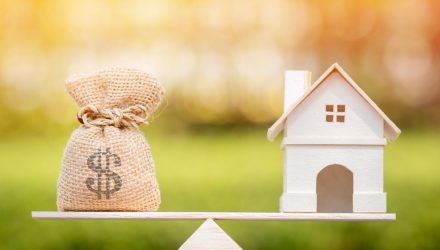 A lengthy run of a bull market for equities and low interest rates helped shore up public pensions, and that’s good news municipal bonds and the related exchange trade funds.

The news gets even better for investors considering ETFs such as the Avantis Core Municipal Fixed Income ETF (AVMU). These days, the financial health of public pensions is as strong as it’s ever been. Obviously, that’s relevant regarding AVMU, which holds 443 bonds.

California and Florida, the largest and third-largest states, respectively, are in that 70%–80%, and those are two of AVMU’s largest state allocations. New York, another one of the fund’s largest state exposures, has public pensions funded above 80%.

“The good news is that in general, states have the financial resources to make payments to both their pension plans and bondholders,” notes Cooper Howard of Charles Schwab.

Public pension health is relevant regarding AVMU because the ETF allocates over 29% of its weight to local and state general obligation bonds.

“Many municipalities have used the recent strong economic recovery and substantial fiscal aid to help shore up their unfunded pension liabilities. For example, contributions have increased an average of 8% per year. Even some of the plans with the lowest funding have made significant improvements to contributions to get their plans on better footing. Illinois, Kentucky, Pennsylvania, and New Jersey have all increased contributions by an average of 16%,” adds Howard.

Enhancing the allure of AVMU is the fact that credit conditions in states are improving, which is reflected in the fund’s stout credit quality. Just 3% of the fund’s holdings aren’t rated AAA, AA, or A. Additionally, states are actively moving to reduce pension debt.

“Nearly every state has enacted reforms—such as reducing benefits—to their pensions, according to Pew Charitable Trusts. The most common reform is to reduce the cost-of-living adjustment (COLA) for retirees, which in turn reduces the projected liability. Steps like these can free up money for debt service, because the state or local government can scale back current contributions for future pension obligations,” concludes Schwab’s Howard.