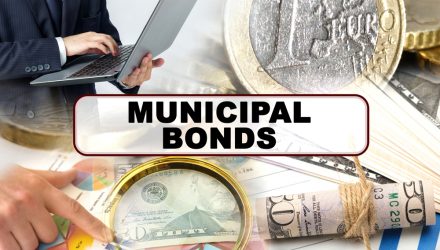 Munis Could Be Buy-the-Dip Candidates

“Scant” is an applicable adjective for describing the amount of fixed income exchange traded funds that are in the green this year, and municipal bond funds are members of the offending group.

Those are the breaks when interest rates rise and bond market participants price in more aggressive tightening by the Federal Reserve, which is happening today. Still, investors shouldn’t be hasty in dismissing funds such as the American Century Diversified Municipal Bond ETF (NYSEArca: TAXF).

As noted above, the primary reason that municipal bonds and the related ETFs are struggling this year is rising interest rates. Along those lines, TAXF’s duration of 6.12 years puts it in intermediate-term territory, indicating its rough start to 2020 could be a case of overly severe punishment. A third of the fund’s 413 holdings have durations of four years or less.

Adding to the case for TAXF are some metrics indicating that the slide experienced by munis through the first four months of 2022 could be leading to some value opportunities.

“Relative to other fixed income investments, muni yields are attractive, too. One common metric to analyze the relative attractiveness of the muni market is the municipals over bonds (MOB) spread,” adds Howard. “It’s a ratio of the yield on a AAA muni to that of a Treasury before considering the tax benefits that munis offer. Since the start of the year, the MOB spreads for most maturities have been steadily climbing and are now above their five-year averages.”

While munis are sliding this year, the good news for investors is that the weakness isn’t due to credit issues.

“Although prices have fallen, it’s largely due to rising interest rates and not credit concerns. As a result, we believe the risk of defaults in the muni market remains low,” concludes Howard.