You are at:Home»Core Strategies Channel»Half of U.S. Vehicles Sold to Be Electric by 2030 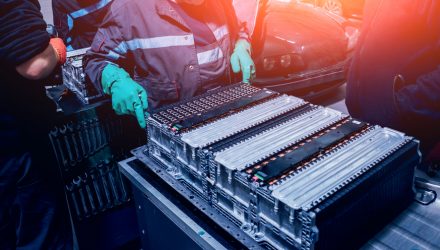 By 2030, half of all cars and light trucks sold in America could be electric, hydrogen-fueled, or plug-in hybrid, as reported the Wall Street Journal.

Of those meeting at the White House last Friday were Ford Motor Co., General Motors Co., and Stellantics NV, the maker of Chrysler. The initiative will fund supply-chain research and development, and manufacturing. Additionally, the automakers have asked for purchase incentives as well as national electric-vehicle charging infrastructure.

The Biden administration is expected to announce more stringent fuel-efficiency standards, as well as raise the average miles per gallon of cars to 52 by 2026. While this had initially been set by the Obama administration to 54.5 by 2050, the Trump administration had lowered it to 40.

This is a deal that hinges heavily on the $1 trillion infrastructure bill currently circulating through Congress that would provide a $7.5 billion grant for cities and states to build charging stations. The bill also includes $6 billion in grants for the production, development, and recycling of batteries.

Vehicle makers plan to meet the new fuel-efficiency targets by producing and selling more electric vehicles. EV sales were 3% of all of the U.S. auto market in May and June of this year, according to industry data. The increase to 50% within the next nine years “represents a dramatic shift from the U.S. market today,” said automakers.

‘ESGY’ Invests in the Future, Including EVs

The American Century Sustainable Growth ETF (ESGY) is a non-diversified fund that invests in large cap companies with large growth and value potential while also ranking highly on ESG metrics.

The fund is a semi-transparent ETF, meaning that allocations are disclosed on a quarterly basis, not daily. As of its last disclosure, ESGY held electric vehicle and component companies like Tesla; Aptiv, a company that develops technology for the automotive sector; and Applied Materials Inc, a company that provides material engineering solutions for semiconductor manufacturing.