You are at:Home»Core Strategies Channel»Growth ETFs Brush Off Fed, Regain Their Momentum 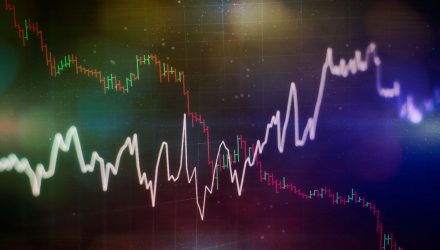 Technology shares, which typically outperform during periods of low interest rates, fueled the rally in 2020 but was under pressure this year on fears of rising inflation that could trigger a sooner-than-expected rate hike. The central bank stated that it expects to raise benchmark rates in 2023.

“Yes there is rising inflation but the market is focusing more on the positives of improving earnings, robust GDP growth and the wider economy getting stronger,” Randy Frederick, vice president of trading and derivatives at Charles Schwab, told Reuters.

“Today’s action is indicative that the Fed hasn’t said anything that the market didn’t already know,” he added.

Meanwhile, economically sensitive stocks dipped as data revealed the jobless claims rising last week for the first time in more than a month. However, layoffs eased amid a reopening economy and a shortage of people going back to work.

“In the balance of June and into the summer we anticipate continued volatility as we get more signals from economic data, Fed policy and as we get into the earnings season,” Greg Bassuk, chief executive officer at AXS Investments, told Reuters.