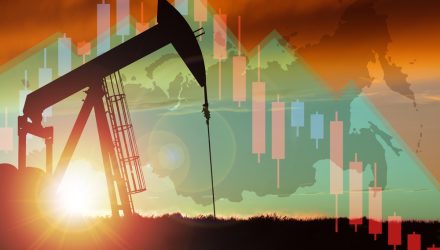 U.S.-based oil companies including Shell PLC (SHEL) and ExxonMobil (XOM) have decided to cut ties with Russia after the country’s invasion of Ukraine.

After announcing its intention to exit its joint ventures with Russian majority state-owned energy company Gazprom and related entities last week, today Shell revealed that it intends “to withdraw from its involvement in all Russian hydrocarbons, including crude oil, petroleum products, gas and liquefied natural gas.” The company also plans to “stop all spot purchases of Russian crude oil,” and shutter its Russia-based service stations.

Shell also intends to end its involvement in the Nord Stream 2 pipeline project and divest its 27.5% stake in the Sakhalin-II liquefied natural gas facility, its 50% stake in the Salym Petroleum Development, and the Gydan energy venture.

Shell recently received criticism for buying a tanker of Russian crude at a significant discount. In response, Shell CEO Ben van Beurden said in a statement: “We are acutely aware that our decision last week to purchase a cargo of Russian crude oil to be refined into products like petrol and diesel – despite being made with security of supplies at the forefront of our thinking – was not the right one and we are sorry.”

Van Beurden added: “We will commit profits from the limited, remaining amounts of Russian oil we will process to a dedicated fund. We will work with aid partners and humanitarian agencies over the coming days and weeks to determine where the monies from this fund are best placed to alleviate the terrible consequences that this war is having on the people of Ukraine.”

Last week, ExxonMobile announced that it was “beginning the process to discontinue operations and developing steps to exit the Sakhalin-1 venture,” a project the company operates on behalf of an international consortium of Japanese, Indian, and Russian companies. ExxonMobil also stated that it “will not invest in new developments in Russia.”

Shell is currently one of the holdings in the Avantis International Large Cap Value ETF (AVIV) and the Avantis International Equity ETF (AVDE). AVIV invests in non-U.S. large-cap companies and seeks companies that Avantis believes to be trading at lower valuations but that still maintain high profitability ratios. It typically invests in securities within the MSCI World-Ex USA Value Index and weights heavier for high profitability and value companies, and it underweights or excludes securities with lower returns. AVIV carries an expense ratio of 0.25% and is actively managed.

AVDE, meanwhile, identifies securities with expected high returns based on market prices and other company information. The fund primarily invests in a diverse group of companies of all market capitalizations across non-U.S. developed market countries, sectors, and industries, emphasizing investment in companies believed to have higher expected returns. AVDE carries an expense ratio of 0.23%.