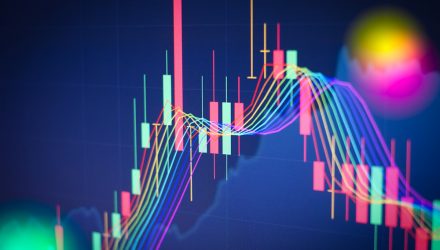 After more than a decade of outperforming international stocks, both developed and emerging, domestic equities could be poised to take a backseat to their international counterparts.

For investors seeking some ex-U.S. diversification, that’s encouraging, assuming that the scenario comes to pass. However, they need to be selective when venturing outside the U.S. That can be accomplished by emphasizing quality with the American Century Quality Diversified International ETF (NYSEArca: QINT).

QINT follows the American Century Quality Diversified International Index, which employs a rules-based approach rooted in quality, growth, and value. The exchange traded fund’s focus on quality is a potentially favorable trait for investors who want to diversify outside the U.S. but are concerned about volatility. QINT’s methodology also makes it easier for U.S. investors to reduce some of their home country bias, which is often a stumbling block to international exposure.

“Investors with a large home bias are not only concentrated geographically, but also may not be nearly as diversified across sectors as they believe and might risk missing their financial goals as longer-term trends shift with the start of a new global economic cycle,” says Jeffrey Kleintop of Charles Schwab.

The American Century ETF provides exposure to 10 countries, nine of which are developed markets, with China being the exception. Several of the fund’s geographic exposures can be considered high-quality markets. For example, Japan and Switzerland combine for 23% of QINT’s weight. Switzerland is one of the least volatile markets outside the U.S. and is known for dividend growth, while Japan is boosting shareholder rewards while trading at a discount to the U.S.

Beyond quality, QINT’s value tendencies could benefit investors this year because as economic recoveries gain steam in developed markets outside the U.S., cyclical value stocks could come into focus.

“These changes in leadership result from behavioral as well as fundamental factors. After a full cycle of outperformance, relative valuations and earnings expectations become stretched and begin to reverse with the catalyst of a new cycle. And now, the start of a new cycle may once again signal a switch to international stocks in the years ahead,” concludes Kleintop.