You are at:Home»Core Strategies Channel»Bond ETFs Strengthen as Investors Shift to Safety Ahead of Fed Meeting 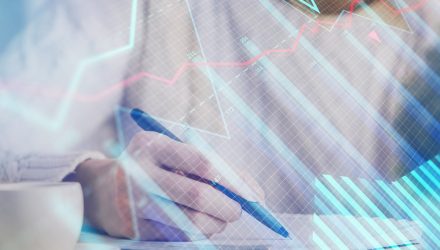 Bond exchange traded funds strengthened on Monday as investors trimmed their risk exposure and leaned toward safety ahead of an expected major Federal Reserve decision later in the week over the central bank’s game plan for handling elevated inflationary pressures.

The Fed is set to announce its plans on Wednesday after a two-day policy meeting. The U.S. central bank is expected to take action in tapering its pandemic bond-purchasing program and could signal it will hike interest rates next year to tamp down inflation.

“Everyone is focused on the Fed this week and what guidance we get in terms of bond purchases and interest rates. There’s an expectation that there will be an acceleration of tapering, and there’s a little anxiety leading up to that,” Ryan Jacob, chief portfolio manager at Jacob Internet Fund, told Reuters.

Economists project that the central bank could hike key interest rates from near zero to 0.25%–0.50% by the third quarter of next year, along with another hike in the fourth quarter.

Recent data revealed that consumer prices rose in November at their fastest annual rate since 1982, unnerving policy makers and hurting U.S. consumer confidence, which have put pressure on the Fed to action sooner, the Wall Street Journal reports.

However, removing the easy money policy supports that have fueled the ongoing U.S. equity market rally could cause some short-term pains.

“We are in the midst of a transition from a euphoric economic environment funded by the Federal Reserve to an environment that is much more uncertain,” Phil Blancato, president and chief executive of Ladenburg Thalmann Asset Management, told the WSJ.