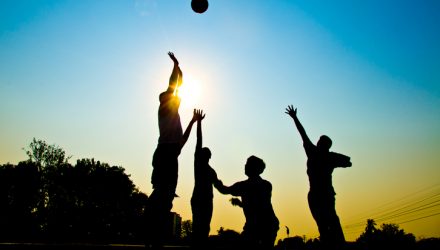 Why This Value Rebound May be Credible

With the S&P 500 Value Index up nearly 8% just this month, more investors are discussing the resurgence of the long downtrodden value factor and how to play that rebound with ETFs.

Value investing is a popular long-term investment strategy. Value stocks have historically outperformed growth stocks, or companies with high earnings expectations, in almost every market over the long-haul, but that has not been the case for more than a decade. Obviously, value stocks are classified that way because they trade at discounts relative to other factors, such as growth, size, etc., but the current valuation anomaly is extremely rare by historical standards.

Essential to understanding the potential for a long-lasting value rebound is understanding why the factor previously worked so well in other market eras.

“But why has value worked? Among many schools of thought is the idea that value companies are capital-intensive, allowing them to take advantage of their resources during economic recoveries,” said BlackRock in a recent note. “Think about an automotive manufacturer whose fixed capital gives it the ability to ramp up car production when demand is highest. During periods of economic slowdown, however, being asset-heavy and inflexible become hindrances, causing many value firms to under-perform. This cyclical risk has historically rewarded those who can stick with value over full market cycles.”

“We don’t believe that any single fundamental should be a scapegoat for an entire investment style,” said BlackRock. “After all, value can be found in all sectors and segments of the market, even in those that may not screen well on one individual metric such as P/BV. Rather, we would reiterate that factors, including the value factor, exhibit cyclicality.”

VLUE “seeks to track the performance of an index that measures the performance of U.S. large- and mid-capitalization stocks with value characteristics and relatively lower valuations, before fees and expenses,” according to iShares.

Related: Growth ETFs May Have Some Say In Value Debate

What could stand in the way of value gaining more momentum would be a slowdown in the broader economy.

“The value factor has tended to outperform during recovery periods and may lag during periods of economic slowdown due to the capital-intensive nature of many value-oriented companies,” according to BlackRock. “As such, we argue that the recent underperformance of the value factor is not due to a structural change, but instead is due to the current economic environment and the factor’s cyclical nature.”