You are at:Home»Core Equity Channel»Why Investors Can’t Afford to Miss Out on Mid Caps 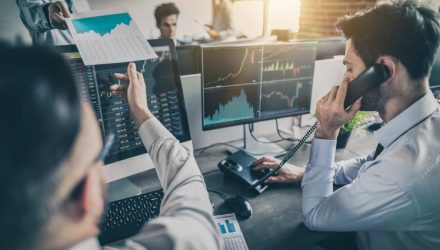 Why Investors Can’t Afford to Miss Out on Mid Caps

The SPDR Mid-Cap 400 (NYSEArca: MDY) and rival mid-cap ETFs often generate better returns and than rival large and small-cap ETFs, but mid-cap stocks are also an often ignored asset class. There are inklings that status is starting to change for the better.

“The Dual Momentum mix of assets with mid-caps included had the stronger performance,” said State Street in a recent note. “Beyond the cumulative outperformance since 1995 (879% vs. 772%), additional metrics underscore the potential power of the middle, as shown below. The Dual Momentum with mid-caps not only had higher returns but also higher Sharpe and Sortino ratios and lesser drawdowns.”