You are at:Home»Core Equity Channel»Value ETFs: Not as Dead as Previously Believed 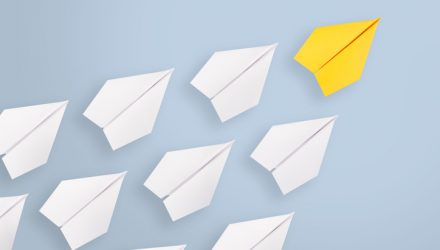 Value ETFs: Not as Dead as Previously Believed

Once again, there has been plenty of discussion regarding the fate of value stocks and the related ETFs, including the SPDR Portfolio S&P 500 Value ETF (NYSEArca: SPYV), this year.

Several months ago, it appeared as though there was a legitimate rotation into value taking place, but as markets rebounded, some of value’s momentum waned. Or did it? SPYV is up 20% year-to-date and hit an all-time on Tuesday, prompting some market observers to say the value factor has not performed as poorly this year as some investors have been led to believe.

There has been plenty of speculation regarding when value stocks will finally start outperforming growth names in earnest. Much of that chatter is attributable to growth’s lengthy out-performance of value. For nearly the entirety of the recent U.S. bull market, growth stocks and ETFs have bested their value rivals

“To wit, the S&P 500 Value Index jumped Tuesday to an all-time high, bringing its total return since global markets bottomed in 2009 to over 400%,” according to Bloomberg. “That’s behind the 492% rally in its growth counterpart, made up of companies seen with potential for faster sales or profits. Still, for anyone who has stayed invested, the returns are hard to frame as awful.”

Not Bad, Just Bad Against Growth

As noted above, value’s problem and that of ETFs like SPYV hasn’t been a pure performance, but rather performance when measured against growth stocks and the related funds.

However, it is not uncommon for value, or any factor for that matter, to under-perform for certain periods of time, but the length of value’s current laggard status is unusual.

“Part of the grievance stems from value’s persistent underperformance since 2017. Over the stretch, recession fears erupted periodically, crimping investor appetite for risk. In their thinking, cheap stocks are cheap for a reason, and if the economy weakens, value stocks are at danger of becoming traps,” reports Bloomberg. “Growth is therefore favored, especially companies whose sales are perceived as resilient to economic cycles such as software makers.”

Still, investors have been fond of some value ETFs in 2019. For example, SPYV has seen year-to-date inflows of $1.15 billion.