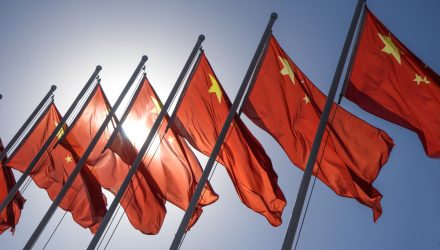 U.S. markets and stock ETFs pulled back as traders looked to the potentially deadly virus outbreak in China and global growth concerns as reasons to lock in gains from the record-setting rally.

Chinese officials stated that a new coronavirus outbreak took six lives and that it is spreading between humans, fueling concerns of another outbreak like the Severe Acute Respiratory Syndrome (SARS), which killed nearly 800 people, Reuters reports.

“It remains to be seen if this will transpire into a bigger more systematic event that will start weighing on fundamentals,” Mike Loewengart, vice president of investment strategy at E*TRADE Financial Corp, told Reuters. “Anytime you have a run in the equity markets, it’s not surprising to see small unexpected rifts. It’s giving investors a reason to take some profits.”

The additional risk of infection through human contact also added to fears as millions of Chinese travel for the annual Lunar New Year holiday.

“The economic consequences could be extremely concerning,” Rajiv Biswas, chief economist for the Asia-Pacific region at IHS Markit, told the Wall Street Journal. “China’s international tourism has boomed, so the risks of a global SARS-like virus epidemic spreading globally have become even more severe.”

U.S. have been previously hitting record highs on strong data, the signing of the Phase 1 U.S.-China trade deal that helped cool tensions and a strong start to the quarterly earnings season.

Further adding to the Tuesday sell-off, the International Monetary Fund cut its global growth projections for 2020 and 2021, with IMF Managing Director Kristalina Georgieva arguing that while a slowdown in global growth may have bottomed, the IMF saw no rebound in the near term.