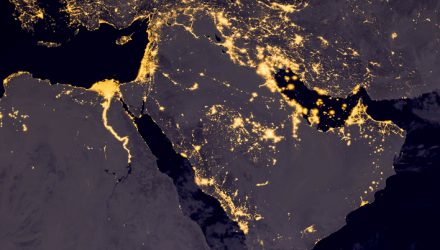 The markets shifted over to risk-off selling on the sudden potential for greater conflict in the Middle East after President Donald Trump ordered the strike that killed Qassam Soleimani, the leader of Iran’s Islamic Revolutionary Guard Corps’ foreign wing, along with an Iraqi paramilitary commander, Abu Mahdi al-Mohandes, the Wall Street Journal.

The Iranian foreign minister Javad Zarif stated that the strike was “an act of international terrorism,” and the country vowed to retaliate.

“Geopolitical risks had really moved to the back burner. Last night was a wake-up call that they are a factor that we may need to contend with in 2020,” Chris Zaccarelli, chief investment officer at Independent Advisor Alliance, told the WSJ.

Some investors warned that the markets could experience steeper declines ahead if the situation escalates.

“If tensions were to increase and go to their worst possible outcome…..this would just be the beginning of the pullback,” Zaccarelli added.

“The sharp escalation in tensions related to the Middle East is certainly driving the trading narrative for U.S. stocks,” Peter Kenny, founder of Kenny’s Commentary LLC, told Reuters. “Does it mean continued escalation in tension (and) will it end up derailing the U.S. equity rally? I don’t think so, but it’s worth considering.”

Further adding to the risk-off selling, new data revealed that domestic factory activity continued to slip. The Institute for Supply Management showed its manufacturing index declined in December, a signal that activity is contracting, and registered its lowest reading since June 2009.