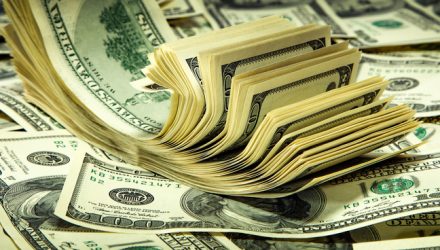 U.S. Dollar Resisting the Market Effects of the Coronavirus

Amid the heavy swings in the market these days, it’s been the almighty dollar that has been fairly resilient through the turbulent times. Even as the Federal Reserve cut interest rates to zero ahead of Monday’s trading session, the dollar has been unshakeable as a safe haven currency, particularly when it comes to the forex markets.

“There is still a tremendous amount of demand for USDs in the financial system that is squeezing the FX markets, and we are still in early days of the shut down of sectors of the economy around the globe,” said W. Brad Bechtel, global head of FX at Jefferies, in a note.

In addition to the rate cut, the Federal Reserve limited access to the greenback in order to maintain liquidity—a move implemented during the financial crisis in order to stem the tide of a deluge of dollar-hungry investors from abroad.

“With the U.S. taking steps to ease overseas access to dollar liquidity, things were looking better, with the exception of South Korea, but as the chart shows (see below), that’s no longer in place,” said Kit Juckes, global macro strategist at Société Générale.

“Central banks are having to get the world’s financial plumbing to work properly, even when they think they’ve identified the problem,” he said.