You are at:Home»Core Equity Channel»The Energy Patch is Still Inexpensive 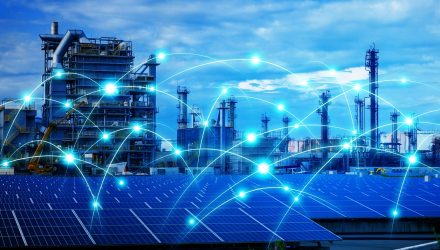 The Energy Patch is Still Inexpensive

The iShares U.S. Energy ETF (NYSEArca: IYE) is among the energy sector exchange traded funds rallying this year. IYE is up more than 10% on the year, but double-digit gains across the energy ETF landscape does not mean the once downtrodden sector is lacking value.

In fact, by some estimates, the energy sector remains cheap. Some market observers believe the energy sector’s 2018 declines could make the sector more attractive on valuation. Last year, the energy sector experienced a short-lived rally after lengthy Organization of the Petroleum Exporting Countries (OPEC) discussions finally came to a conclusion, resulting in a larger-than-expected production cut that sent oil prices higher.

“The energy sector closed January at 1.7 times price-to-book (P/B) value. While this is roughly 10% above December’s multi-decade low, current valuations are still below the depressed levels witnessed in November and in the bottom 10% of historical observations,” according to BlackRock.