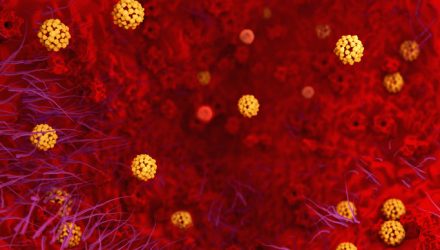 Putting the Coronavirus in Perspective: Hong Kong and Chinese Stocks

The number of confirmed infections of the coronavirus in mainland China crossed above 24,000 on February 5, having already surpassed the total number of severe acute respiratory syndrome (SARS) cases from 2003. Because the coronavirus has a longer incubation period than SARS and is presumably easier to transmit, we may not yet have reached the outbreak’s peak.

There are a couple of positive developments, however, that give me optimism. The number of people who have recovered from the virus is now almost double the number of people who have died as a result. In addition, a potential vaccine against the virus took a giant leap forward this week, with a leading British scientist reporting that he may be ready to start testing on humans as early as this summer, according to Reuters.

Leaving aside for a moment the tragic loss of human life, investors in our China Region Fund (USCOX) may have questions regarding the epidemic’s impact on the fund’s holdings. I’ll get into greater detail below, but for now I’ll say that I don’t expect the coronavirus to have a long-lasting or substantial effect on Asian stocks. The SARS outbreak, as you can see, pounded Hong Kong equities, which rallied strongly once the number of new confirmed and suspected cases began to slow.

Although past performance does not guarantee future results, we’re already seeing buyers come back into the market, with Hong Kong-listed stocks up for the past three days through February 5.

Positioned to Dodge the Worst of It

We expect the virus’s impact on USCOX to be minimal, relative to some other Asia-focused funds, for two primary reasons.

One, the fund’s benchmark is the Hang Seng Composite Index (HSCI), the constituents of which trade on the highly-developed Hong Kong Stock Exchange. Hong Kong-listed stocks have not seen as dramatic a selloff in response to the coronavirus as those listed in mainland China, specifically in Shanghai and Shenzhen. On Monday, February 3, when Chinese markets reopened following the Lunar New Year holiday, the Shanghai Stock Exchange Composite Index lost 7.7 percent, the Shenzhen Component Index as much as 8.4 percent. The HSCI, meanwhile, increased 0.17 percent.

And two, USCOX has limited exposure to the hardest-hit sectors and industries, including retail and travel. As of December 31, 2019, the fund’s largest sector allocation, accounting for 37 percent, was financials, followed by consumer staples at 20 percent.

Travel Is Interesting, but It May Be Too Early

According to estimates by China’s Transport Ministry, the number of trips during this year’s 10-day Lunar New Year period plunged 73 percent from the previous year thanks to the outbreak, to just 190 million. Many travel and leisure companies—including airlines, cruise ships, hotels, resorts and more—were forced to refund customers in full, costing them billions. What’s more, casinos in Macau, the world’s gaming capital, announced they would be closing their doors for two weeks.

USCOX had no positions in these companies as of December 31. Once the dust settles and the worst of the coronavirus is behind us, we may consider adding distressed travel companies to the fund, but at the moment we believe it’s still too early.

To be clear, we see incredible opportunity in the travel sector. Chinese tourism has seen explosive growth over the years as incomes have risen. At the end of 2018, the size of China’s middle class stood at approximately 400 million, larger than the entire U.S. population. The number of outbound Chinese tourists in 2019 was an estimated 166 million, while travel spending topped a whopping $280 billion.

It must also be said that the Chinese government was prompt about enacting policies to soften the blow to its economy. On Monday, the People’s Bank of China (PBOC) lowered the interest rates it charges banks for short-term funds and injected 1.2 trillion yuan, or $171 billion, into money markets through reverse bond repurchase agreements, according to Caixin Global.

This swiftness of action is matched only by the 1,000-bed emergency hospital that was built in Wuhan, China—the epicenter of the outbreak—in as little as 10 days.

As for Hong Kong stocks, we continue to believe they look remarkably attractive and undervalued relative to the U.S. market. Whereas the S&P 500 is trading above a historically high 22 times earnings, Hong Kong-listed stocks are on sale at around 12 times earnings.

Our favorite strategy for getting access to Chinese and Hong Kong equities is the China Region Fund (USCOX). The China region has experienced many changes since the fund opened in 1994, but we believe the region continues to hold further investment opportunities. Many countries in the region possess characteristics similar to the U.S. prior to the industrial revolution: a thriving, young workforce, migration from rural to urban areas and shifting sentiment toward consumption.

We’re proud of the fund’s performance. For the 12-month period through December 31, 2019, USCOX delivered nearly double the returns of its benchmark, the HSCI—21.99 percent versus 11.57 percent.

Expense ratios as stated in the most recent prospectus. The Adviser of the China Region Fund has voluntarily limited total fund operating expenses (exclusive of acquired fund fees and expenses of 0.00%, extraordinary expenses, taxes, brokerage commissions and interest, and advisory fee performance adjustments) to not exceed 2.55%. With the voluntary expense waiver amount of 0.22%, total annual expenses after reimbursement were 2.44%. U.S. Global Investors, Inc. can modify or terminate the voluntary limit at any time, which may lower a fund’s yield or return. Performance data quoted above is historical. Past performance is no guarantee of future results. Results reflect the reinvestment of dividends and other earnings. For a portion of periods, the fund had expense limitations, without which returns would have been lower. Current performance may be higher or lower than the performance data quoted. The principal value and investment return of an investment will fluctuate so that your shares, when redeemed, may be worth more or less than their original cost. Performance does not include the effect of any direct fees described in the fund’s prospectus which, if applicable, would lower your total returns. Performance quoted for periods of one year or less is cumulative and not annualized. Obtain performance data current to the most recent month-end at www.usfunds.com or 1-800-US-FUNDS.

The Hang Seng Composite Index offers a comprehensive Hong Kong market benchmark that covers about the top 95th percentile of the total market capitalization of companies listed on the Main Board of the Stock Exchange of Hong Kong. The SSE Composite, which is short for the Shanghai Stock Exchange Composite Index, is a market composite made up of all the A-shares and B-shares that trade on the Shanghai Stock Exchange. The Shenzhen Composite Index is an index of all stocks that are traded at the Shenzhen Stock Exchange (SZSE). It is commonly used indicator to reflect the market performances of all A shares and B shares listed in SZSE. The S&P 500 is a stock market index that measures the stock performance of 500 large companies listed on stock exchanges in the United States. It is one of the most commonly followed equity indices, and many consider it to be one of the best representations of the U.S. stock market.

The price-earnings ratio, also known as P/E ratio, is the ratio of a company’s share price to the company’s earnings per share. The ratio is used for valuing companies and to find out whether they are overvalued or undervalued.

Foreign and emerging market investing involves special risks such as currency fluctuation and less public disclosure, as well as economic and political risk. By investing in a specific geographic region, a regional fund’s returns and share price may be more volatile than those of a less concentrated portfolio.