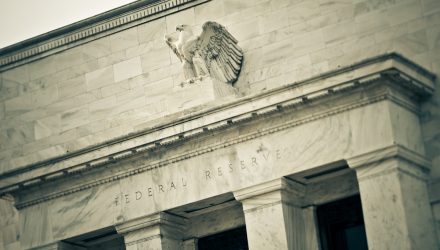 The central bank has dropped the word “patient” and indicated it would act as appropriate to sustain the current economic expansion due to broadening global uncertainties. Moreover, according to Fed Watch, the tool that calculates unconditional probabilities of Federal Open Market Committee (FOMC) meeting outcomes to generate a binary probability tree, chances for a rate cut at the Fed’s July meeting have increased to 100%, compared to 84% before the meeting had concluded.

However, a decline in interest rates is likely to weigh on the US dollar, since as the Fed raises lowers rates while other central banks maintain or even raise their interest rates, the return on savings is less attractive in the U.S. than in other countries. Given this lower rate in the U.S., international capital should flow into other countries from the U.S., resulting in the dollar’s depreciation against the basket of other currencies, which will also likely pull capital from the country. This will have a more pronounced effect on sectors such as financials, industrials, technology, and consumer discretionary, severely impacting those areas.

But for those investors looking for better returns on their funds, it could also mean looking into dividend paying ETFs like iShares Residential Real Estate ETF (REZ), with a yield of 3.15%, the ProShares S&P 500 Dividend Aristocrats (NOBL) or the iShares U.S. Home Construction ETF (ITB).