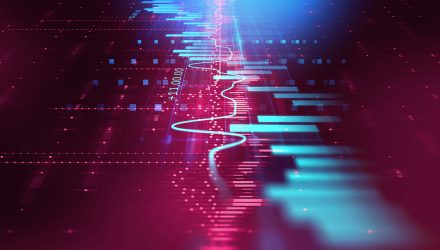 In 2018, investors moved $207 billion into passive U.S. equity funds and pulled $174 billion out of active U.S. equity funds, according to Morningstar, continuing a long-term trend. With the latest index versus active data released from S&P Dow Jones this week, investors are likely comfortable with those decisions. Across all nine domestic equity styles in the traditional style box, the average active mutual fund lagged an appropriate S&P index in the three-year period ended December 2018.

According to the 2018 SPIVA US Scorecard, just 13% of large-cap core mutual funds outperformed the S&P 500 index in the three-year period. On an asset weighted basis, the active funds’ 8.6% total return lagged the index by 65 basis points. Given that investors can gain exposure to large caps using Vanguard 500 Index Fund (VOO 257 Overweight) for just 3 basis points, it is easy to see why the ETFs have pulled in $14 billion in 2018 and an additional $710 million to start 2019. Meanwhile, investors who favor a mutual fund wrapper can use Vanguard 500 Index Fund (VFIAX 258 *****) with its 0.04% expense ratio, considerably lower than 1.0% for the average large-cap core mutual fund.

As disappointing as the 13% success rate was, this is not the low-water mark for active funds in the latest report card. Indeed, just 6% mid-cap value and small-cap core funds active funds exceeded the returns of the S&P MidCap 400 Value and S&P SmallCap 600 indexes. Investors can passively track these benchmarks using iShares S&P Mid-Cap 400 Value ETF (IJJ 158 Marketweight) and SPDR S&P 600 Small Cap ETF (SLY 67 Marketweight) and other ETFs.

While many investors focus on a three-year track record, in the one-year period ended December 2018 there were signs of improvement for active management. For two of the nine traditional style boxes, more than half of the active mutual funds outperformed the S&P benchmarks, while for three other styles the percentage that outperformed was between 40%-50%. The two bright spots were mid-cap growth funds (85% outperformed) and large-cap value funds (54%).

This article was originally published on MarketScope Advisor on March 12, 2019. Visit www.cfraresearch.com for more details.